Due to the pandemic, the court has instituted a number of social distancing protocols. Anyone entering the court must wear a face covering, maintain a six-foot distance from others, should not shake hands and should follow the markings on the floors to ensure proper distance is maintained in the courtroom.

“Jury service is the cornerstone of our democracy and one of our county and court’s greatest assets,” Presiding Judge Deborah A. Ryan said in a press release Thursday. “Behind every jury trial are numerous citizens who have given their time and energy to further justice in Santa Clara County. As jurors are summoned back to court and trials resume, the court has implemented the highest levels of safety precautions and social distancing protocols in an effort to keep our community safe and healthy.” 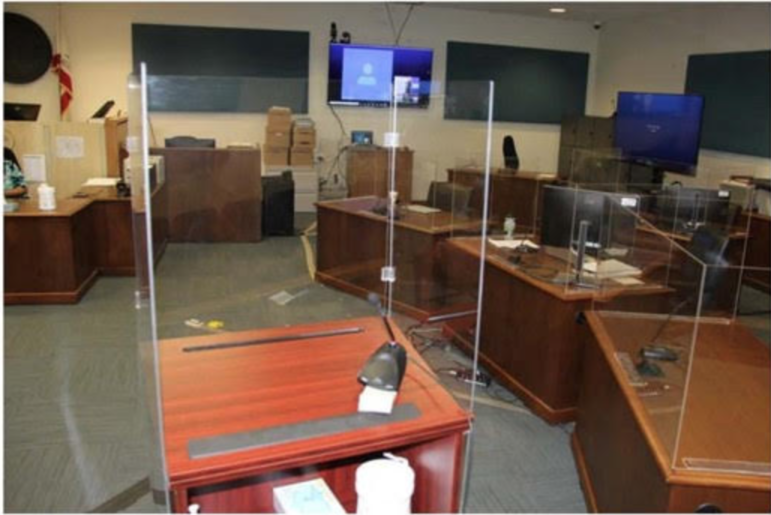 Plexiglass dividers have been installed in courtrooms and jury deliberation will occur in spaces that can accommodate social distancing protocols.

The court has also increased cleaning throughout the courthouse, which includes wiping down elevators, button panels, door handles and other high-touch areas.

Hand sanitizer, sanitation wipes, gloves and masks will be available at the entrance for those entering the court.

On Thursday, Ryan also issued an interim order to extend the emergency bail schedule. Effective June 20, bail for misdemeanor and felony offenses will be set at $0 except in certain circumstances outlined in the interim order.