Santa Clara County is debating whether to create a new behavioral health center that offers inpatient psychiatric services for youth between 6 and 17 years old. The facility, which comes up for discussion at Tuesday’s Board of Supervisors meeting, would cost an estimated $222 million to build and open its doors by 2023.

Board President Joe Simitian, who pitched the idea in 2017, said he was inspired by something a constituent asked him four years ago: “Why aren’t there any inpatient hospital beds for kids and teens in mental health crisis here in Santa Clara County?”

In this county alone, officials say about 20 kids a day end up hospitalized for mental health emergencies. Some come from outside the area and as far away as Sacramento, Simitian said. He called his proposal, which would replace the 50-year-old Don Lowe Pavilion with a 24-bed facility and an emergency psychiatric department, “a critically needed part of the continuum-of-care for kids in crisis.”

“It’s better therapeutically for these kids to be close to their community when they’re in crisis—close to their family, their friends, and their own local mental health providers,” he said Friday in a news release. “Separating these kids from their families at one of the toughest times in their lives, that’s just hell on them. I’m also worried that the specter of long-distance treatment could deter kids and families from seeking the help they need in the first place.”

Limited mental health beds for kids under 18 prompted the board to approve a motion by Simitian last fall to have the county draft a blueprint for a child and adolescent acute inpatient psychiatric facility under the aegis of the Santa Clara Valley Medical Center.

“This is about teens at risk of doing damage to themselves or others. This is about families struggling through the hardest thing they’ll ever face and being torn apart at precisely the time they need to be together,” Simitian said. “This goes to the heart of community health and wellness.”

The county recommendation up for review next week is to centralize mental health services at the San Jose medical center by housing them under the same roof, in a brand-new two-story building with 24 beds for youth psychiatric patients. Since the typical patient stay is about six to seven days, the facility would potentially serve hundreds of families a year.

“This new facility is a significant capital investment. But we see it as an investment in our kid’s emotional wellbeing, as well as their futures,” Simitian said. “I’m pleased that access to quality mental health care, particularly for children and families in crisis, is a clear priority for our board.”

Supervisors will review a feasibility study on the hospital plans at 11:30am Tuesday at the County Government Center in San Jose. Click here to read the agenda item. 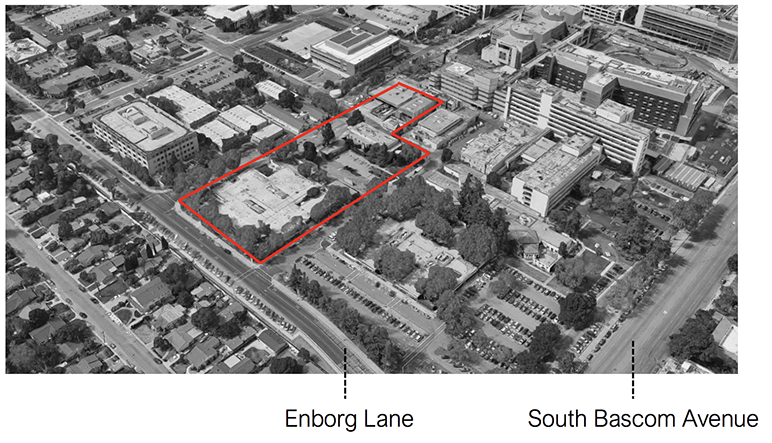 The proposed psychiatric hospital would be located on the Valley Med campus in San Jose.