San Jose police announced today that they have arrested a former construction company on charges he was stalking and threatening his former co-workers.

Police said that prior to his arrest May 19, Bryan Velasquez, 43 of San Jose, had “engaged in escalating behavior of cyber stalking, including posting pictures of himself pointing firearms on social media [and] sending e-mails to employees with threats littered with profanity.” 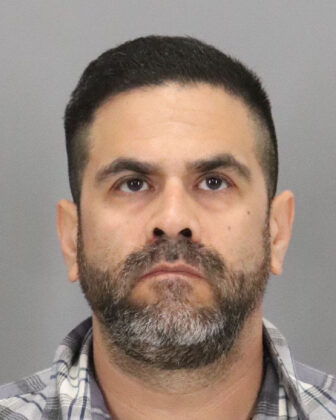 Police said Velasquez also had indicated that he “had intimate knowledge of his former co-workers’ residences and their daily patterns of behavior.”

In April, police received a report from a local construction company regarding a former employee that had been engaging in stalking behavior towards multiple co-workers. The man, identified as Velasquez, had been terminated from the company in January.

A records check also revealed that Velasquez had several firearms registered to him. Based on the preliminary investigation, detectives worked closely with the Santa Clara County District Attorney’s Office to walk through an arrest warrant for Velasquez, charging him with felony stalking and obtained a gun violence restraining order to seize all his firearms.