At a glance, Lydia Ortega seems a walking contradiction.

She’s a voice of the #MeToo movement, but supports Donald Trump. She’s a conservative who shrugs off identity politics, but an economics professor who understands that students draw inspiration from seeing a Latina in a field where women and minorities are vastly underrepresented. She’s a powerlifter who came to the sport because of her own physical frailty.

She’s a proud Republican with an aversion for party politics.

“My dad was an active Democrat and my mom an ardent Republican,” she says. “So I quickly learned how to see both sides of an issue, assess the cost and benefits and find common ground.”

Ortega, 60, who lives in Sunnyvale and teaches at San Jose State University, relishes those contradictions, which make her stand out as she runs for lieutenant governor.

“I grew up beating the odds,” she says.

As one of four kids in a working-class family in City Terrace, the same impoverished East L.A. community where gubernatorial hopeful Antonio Villaraigosa was raised, Ortega understood hardship. Money was tight, and her father would have his kids gather around the kitchen table to help him write checks to pay the bills.

“He wanted us to know the value of money,” Ortega recalls.

Though her parents couldn’t afford to give their children a great deal, they taught them to value one another’s friendship.

“That was the inheritance my parents could give to us,” she says.

But Ortega defied statistics by going to college at Loyola Marymount University. And then graduate school at George Mason University in Virginia.

And then by becoming an economist.

“I didn’t realize then that I was a statistical anomaly,” she says during an interview at Philz Coffee in Cupertino. “I was just doing what my parents taught me to do.”

She hopes to defy the odds again in her bid for lieutenant governor.

California has never elected a woman to the position and hasn’t elected a Republican to the role since Michael Curb exactly 40 years ago—although Republican Abel Maldonado was appointed in 2010 by Gov. Arnold Schwarzenegger.

Ortega, an academic with 29 years in her field, says it’s time for California to elect a woman, a Latina and an economist to the office. She knows she faces a considerable challenge as a Republican in a state that bleeds blue, going up against Democrats Ed Hernandez, Eleni Kounalakis and Jeff Bleich and independent Gayle McLaughlin.

Like the vice presidency of the United States, the state lieutenant governorship is a largely symbolic role. The second ranking officer of California’s executive branch is the successor to the governor and serves as the president of the state Senate. The lieutenant governor sits on the University of California board of regents, the California State University board of trustees, the California State Lands Commission and the Commission on Economic Development. It also appoints representatives to various state agencies and regulatory boards. 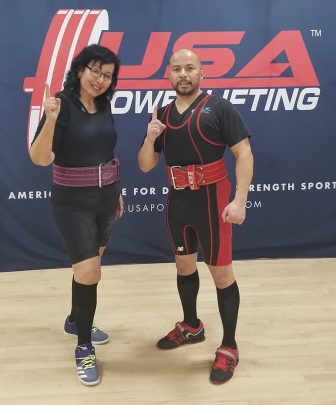 Though Ortega was one of 137 economists to sign a letter supporting the Republican tax cut bill and decries “communist thugs rioting at Berkeley” in her campaign video, she believes she’ll be able to woo even Democrats with her expertise and her advocacy for a living wage and making college more affordable.

That resonates with Ortega’s former SJSU student Morgan Kimbarow, who has volunteered for her campaign.

“From her time as department chair at San Jose State she was somebody who fought for students time and time again and instead of going along with the administration,” says Kimbarow, who works for a tech company called Perspectium. “She would fight for students’ rights. For her I can see it coming through in her campaign as somebody who is willing to fight for the people who are going up against the establishment.”

Ortega says she wants to restore dignity to the halls of the state Capitol. In her campaign video she calls current Lt. Gov. Gavin Newsom for carrying on an extramarital affair with a staffer as mayor of San Francisco.

“I know what women in the #MeToo movement have gone through,” Ortega says in her campaign video. “This has to stop.”

Two years ago, she sued San Jose State after being removed as chair of her department, claiming that Dean of Social Sciences Walter Jacobs unjustly demoted her after subjecting her to “severe harassment because her management style did not conform to his false and stereotypical ideas” of how female leaders should act. The lawsuit continues to this day, and university spokeswoman Pat Harris declined to talk about the case.

But the demotion stung Ortega, who was closing in on her fourth four-year term. She spiraled into depression and, seeking change, signed up for a yoga class, which she hoped would ease her arthritis and help her lose weight. But she realized she lacked the strength and agility to keep up, which led her, by word of mouth, to powerlifting instructor John Destacamento.

Destacamento saw potential in Ortega. He put her on a strict routine that helped her build muscle, which restored her confidence and gave her a new passion. Together, they created a mobile app called EfitX, which helped track her progress and turned into a shared business venture.

At a San Jose State competition earlier this year, Ortega squatted 116 pounds, bench-pressed 82 and dead-lifted 192. That qualifies her for a national event in October.

The physical and mental transformation have given Ortega the stamina to juggle her university job, her ongoing litigation and her campaign, she says.

“She’s strong,” Destacamento says. “Powerlifting involves a lot of challenges both mentally and physically. And those are important traits to have in a leader.”