New projections released by the Children’s Hospital of Philadelphia PolicyLab show that Santa Clara County could report more than 2,000 daily cases of COVID-19 by August.

The study, which was done by a team of researchers from the hospital and the University of Pennsylvania, uses social distancing data from cellphone GPS, population density, health demographics and weather as indicators in 519 counties across the United States.

But the latest modeling, which was released earlier this week, shows an increasingly bleak picture for Northern California.

By July 25, the model projects that Santa Clara County will reach quadruple daily digits with 1,071 new cases of COVID-19. A week later, that number is expected to nearly double with 2,068 new cases on Aug. 1.

The latest projections run through Aug. 3 and top out at an estimated 2,478 new cases for that day. In comparison, the Santa Clara County Public Health Department reported 139 new cases of COVID-19 on July 9 for a total of 5,678 total cases. 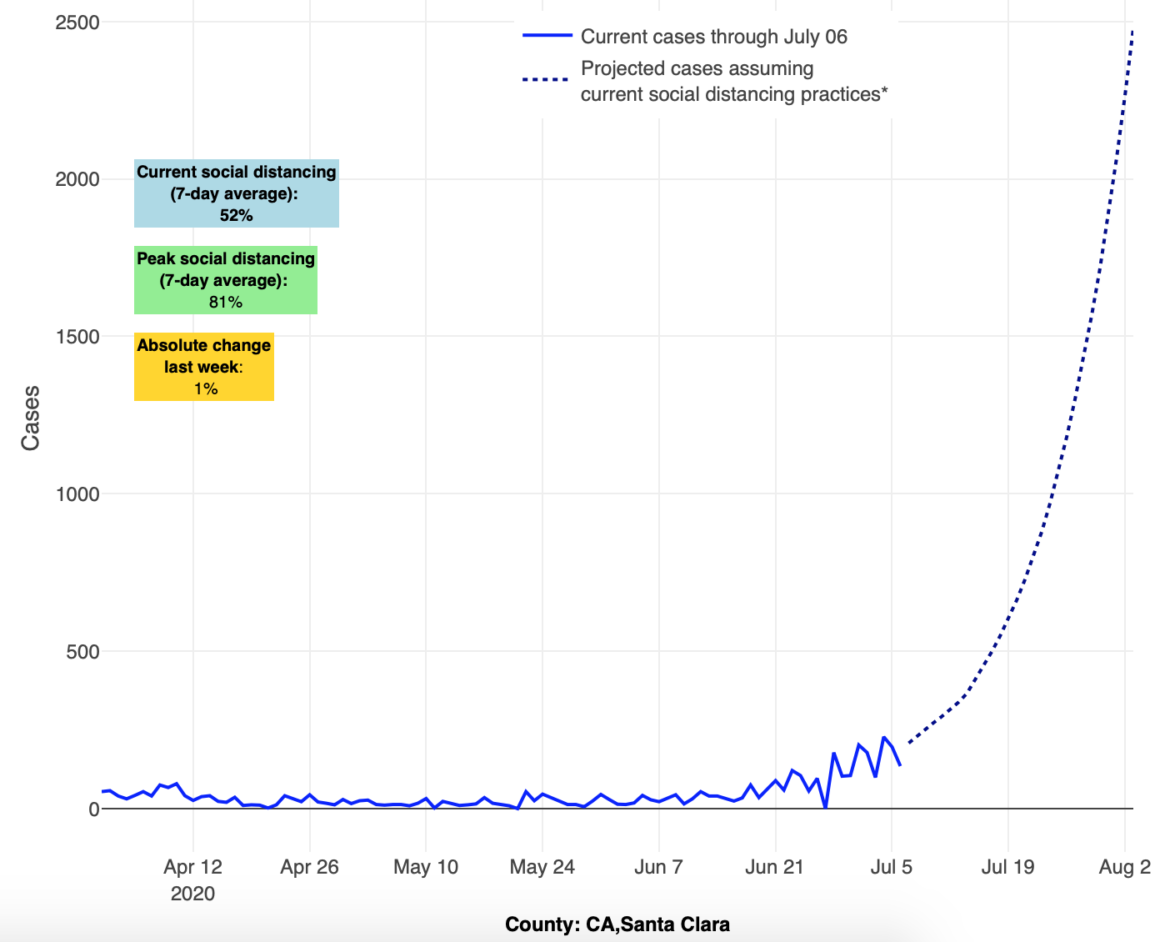 The Children's Hospital of Philadelphia PolicyLab predicts that Santa Clara County will reach 2,000 daily cases of COVID-19 by August.

In the Pacific Northwest and California, the researchers said that the data shows “masking alone, particularly if enforcement and adherence were lacking, could not protect them when the gathering sizes increased and restaurants began to fill.” (That’s not to say that masks don’t help, but they must be universally used in conjunction with physical distancing).

While face masks are required in public in Santa Clara County, enforcement efforts have been minimum. In May, San Jose Police Chief Eddie Garcia told the City Council that his officers wouldn’t enforce the city’s own face mask law.

“This is not the first time we have seen projections with these kinds of estimates,” he said. “We have our own analysis of the current data and can't react to every projection that may not necessarily be based on what's happening in Santa Clara County.”

County officials did not immediately respond to a request to review the analysis.