Like most other states, California used to ban “ballot selfies” to prevent vote-buying and coercion. But after the 2016 state primary, the legislature revised the law to allow social sharing as a way to promote civic engagement.

In that spirit, we invite you to submit your #BallotSelfie and any other photos taken to memorialize casting your ballot or making those last-minute get-out-the-vote canvassing rounds. Email with captions to [email protected]. 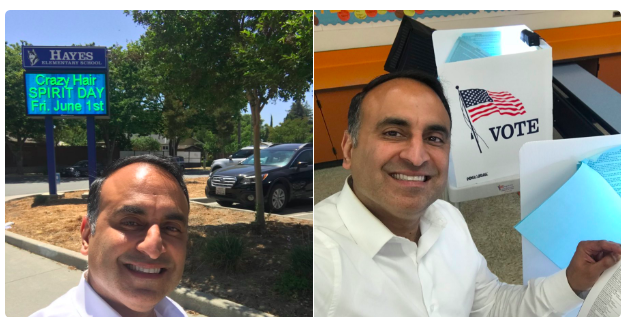 Assemblyman Ash Kalra (D-San Jose), via Twitter: “I love coming back to my old elementary school to vote! There are still 5 and a half hours to go until polls close and your employer must give you time off to go vote. So, go vote people!” 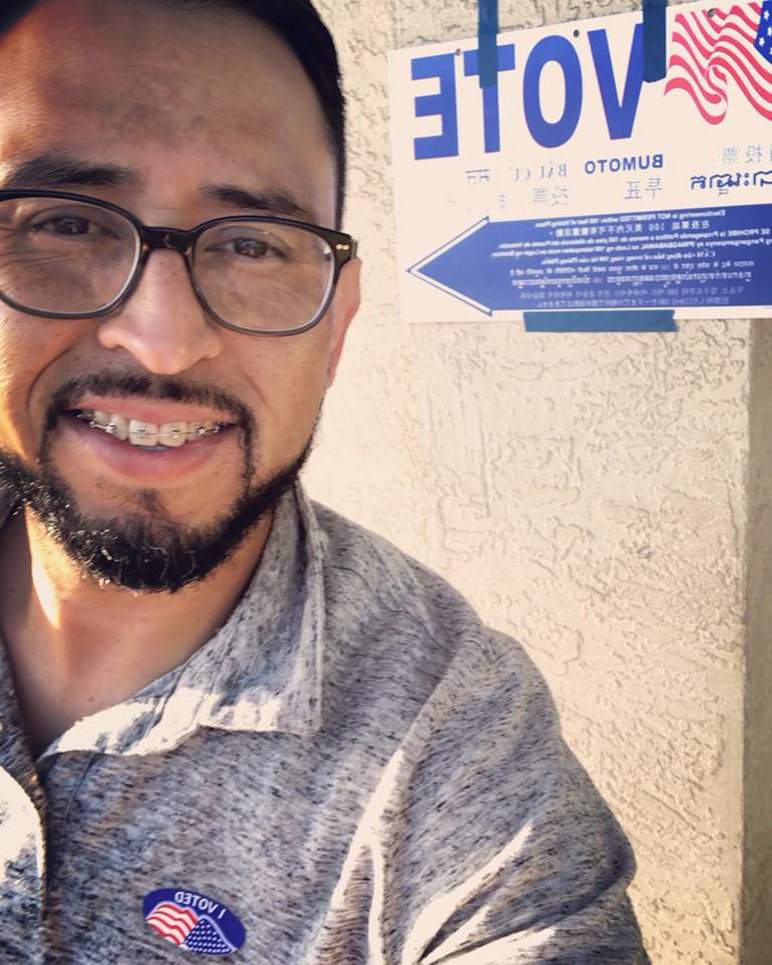 Omar Torres, San Jose City Council aide in District 5, via Facebook: “1st one at my poll to vote! Anyways, back in 1994, under the cloud of Republican Governor Pete Wilson calling the Latino community as rapists, murderers, and drug dealers (sound familiar), millions of Latinos like my father/mother, my Grandparents, and Tio/a’s registered to vote! Mini Trump woke a sleeping giant in 1994 after winning in a landslide. Well 2018 is here and we are back in the same place, this President and his Republican Party does not see anyone but themselves as equal, so mi gente Latino, Asian, immigrant, born here, Black, etc…time to rise up and get this country back on the right path! Our lives depend on it! #adelante #sepuede #dumptrump #voteagainsthate #votedemocrat.” 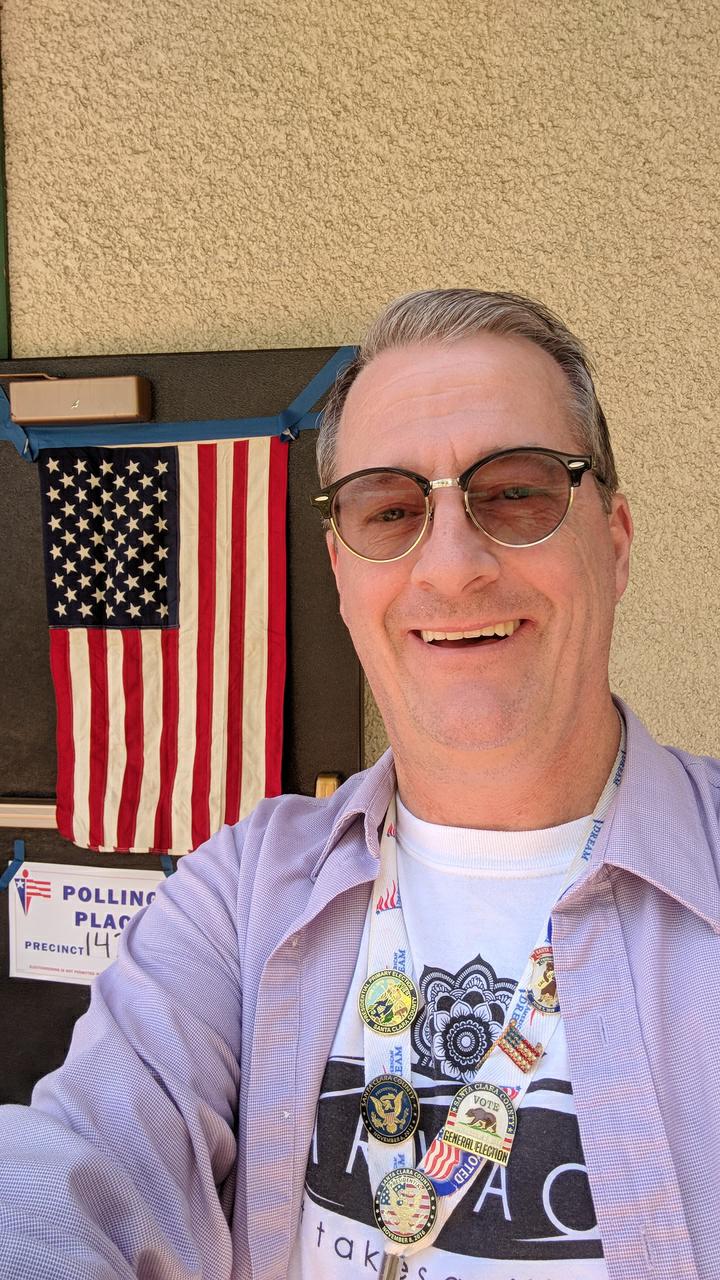 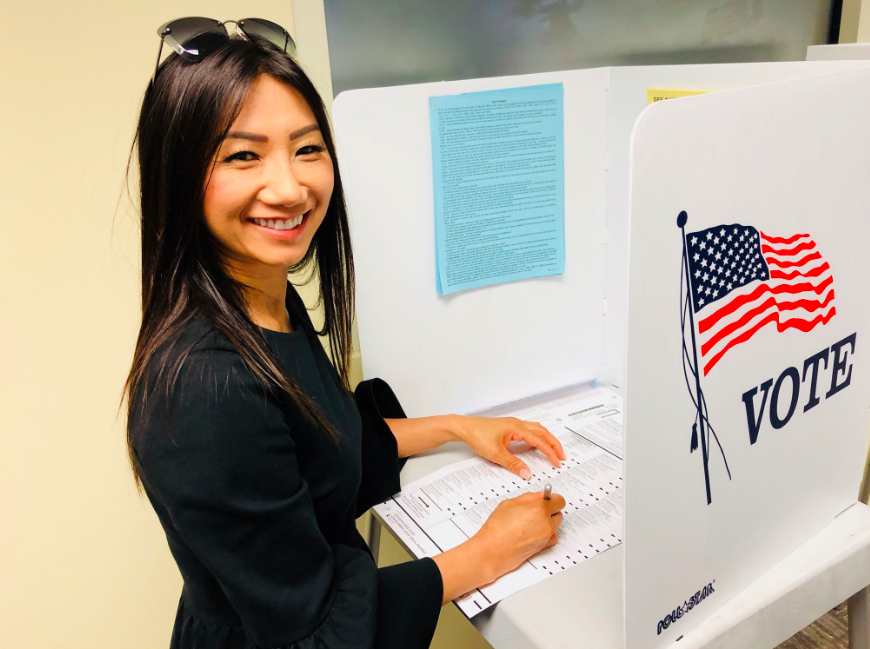 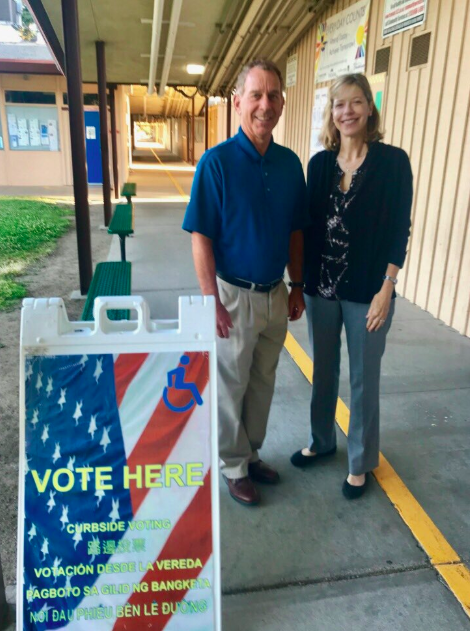 State Sen. Bob Wieckowski (D-Fremont) via Twitter: “Sue & I have voted. Polls are open until 8 pm. Mail ballots can be dropped off or must be postmarked by today. Vote!” 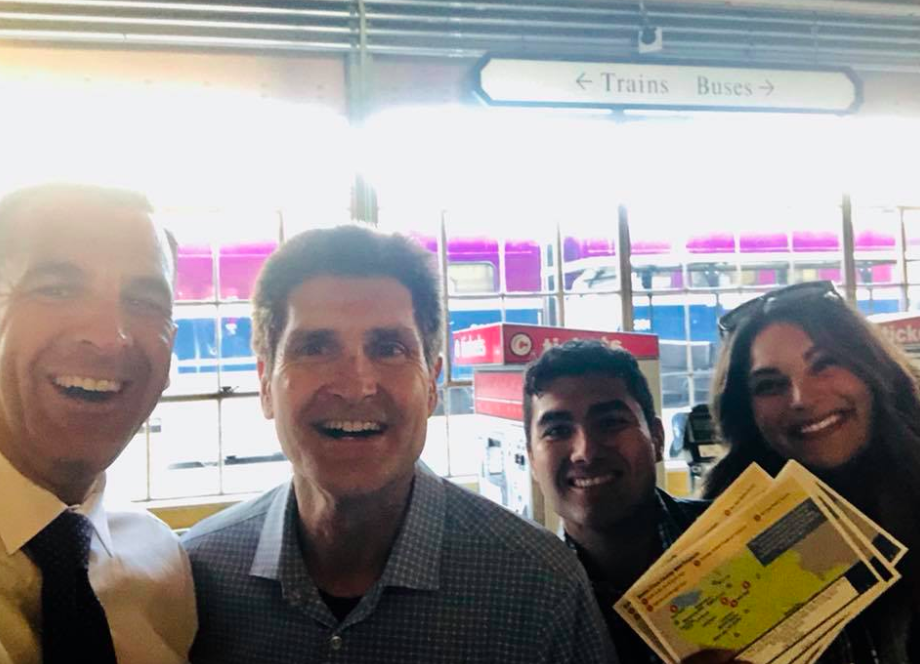 San Jose Mayor Sam Liccardo, via Facebook: “It’s Election Day! I joined SVLG CEO Carl Guardino this morning to talk to voters and urge them to vote #YESonRM3. The successful passage of Regional Measure 3 will provide a major investment of $4.45 billion to fund crucial transportation infrastructure projects that ease traffic and increase transit capacity across the region.” 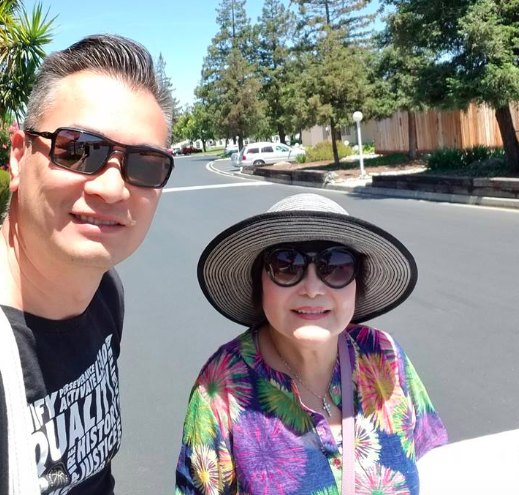 Thomas Duong, candidate for San Jose City Council District 7, via Facebook: “Me and my mom getting some last minute votes. It’s been fun bonding with her. She knows how much I want this.” 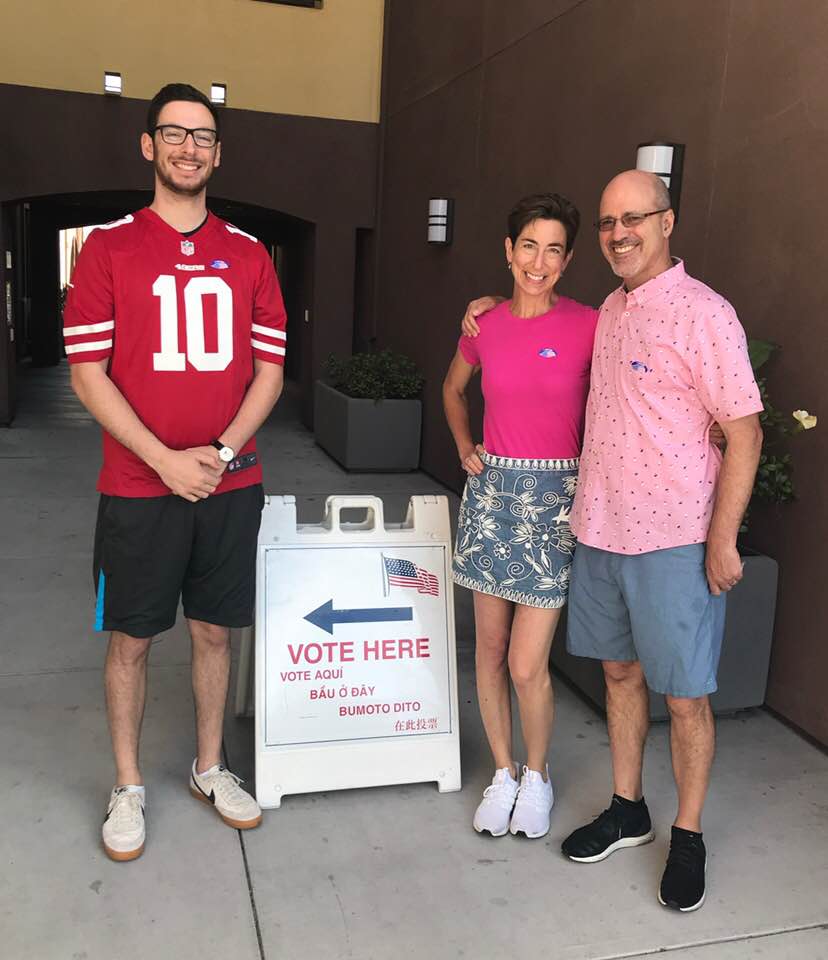 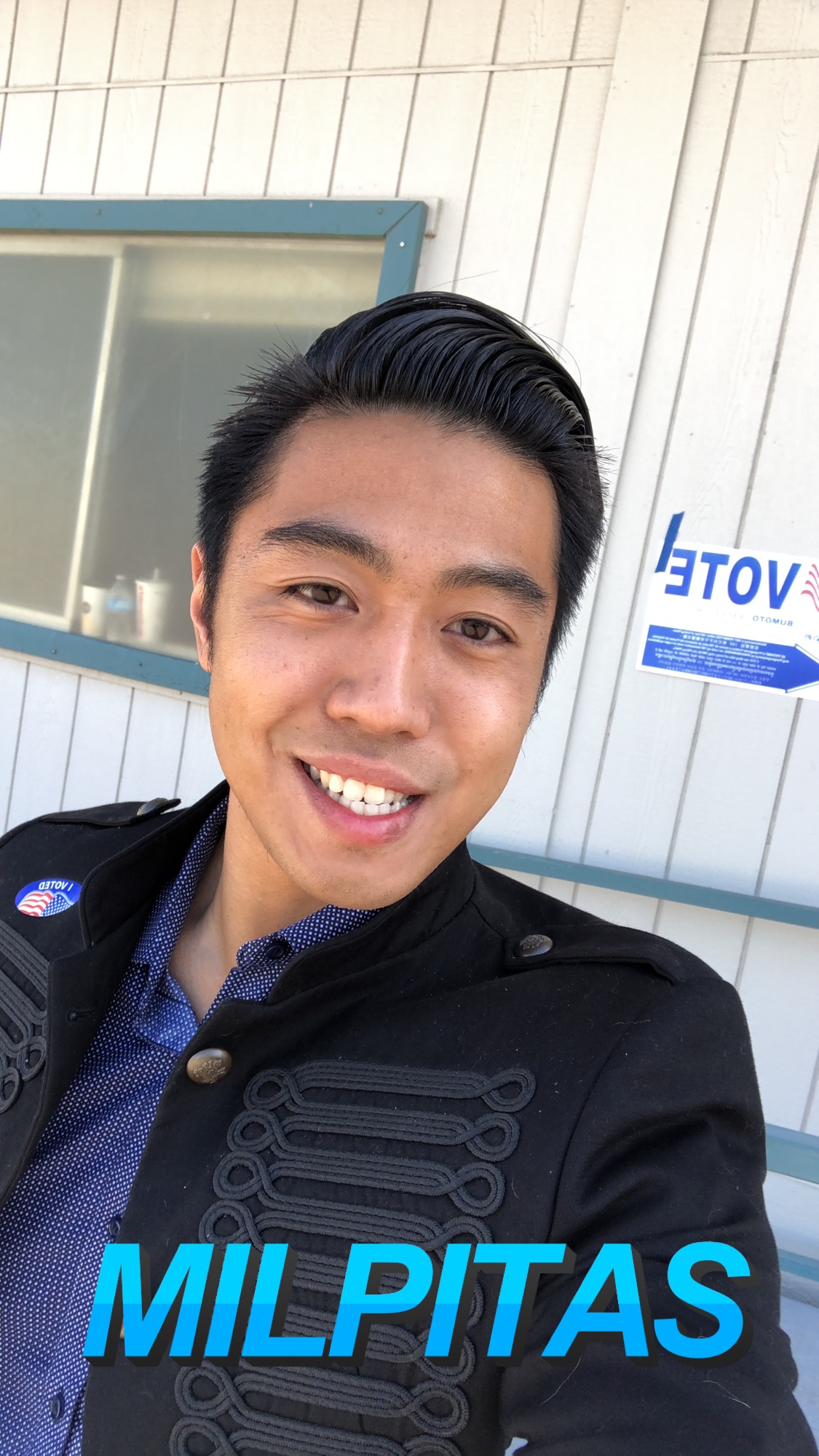 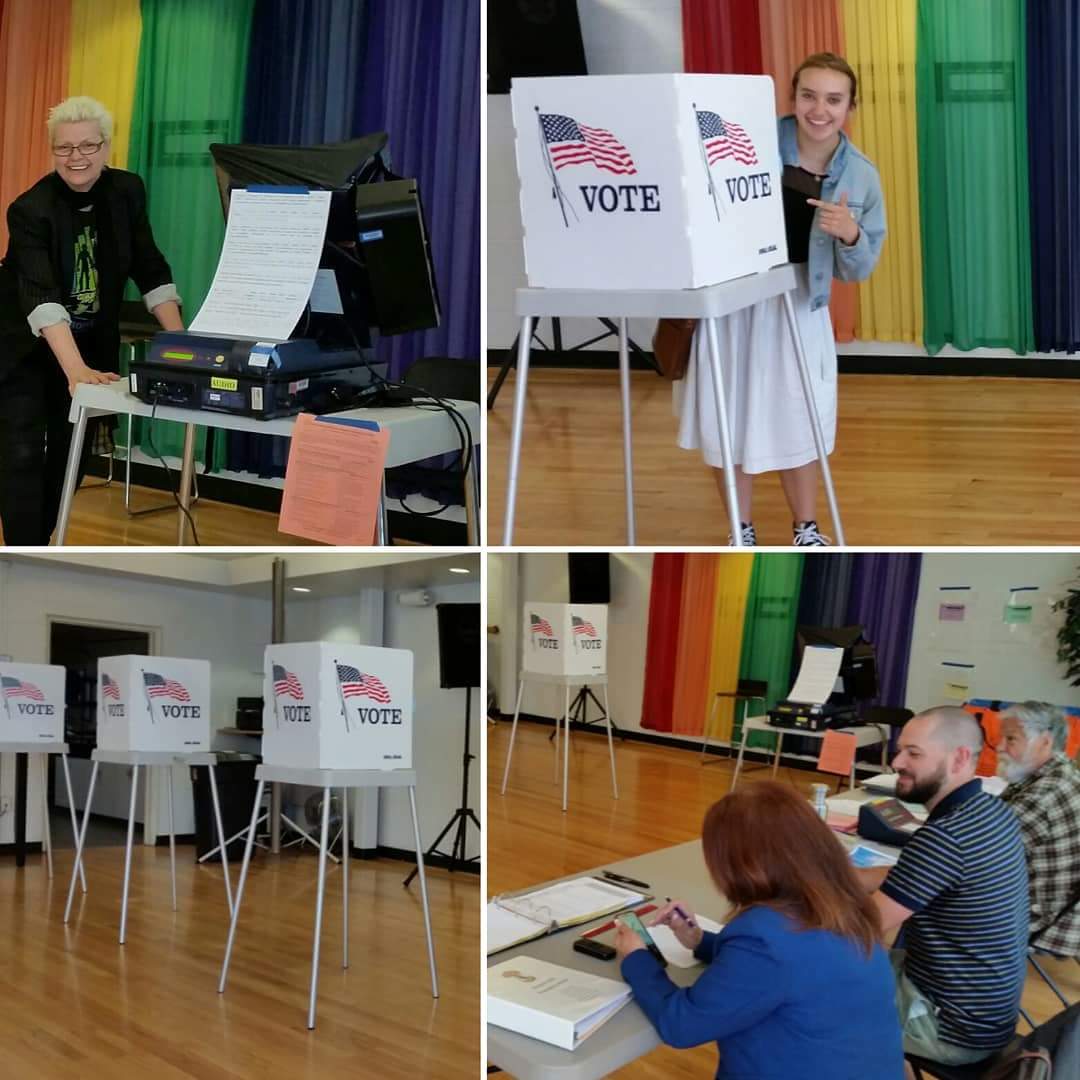 Gabrielle Antolovich, president of the Billy DeFrank Center, via Facebook: “#PollingStation, Hazel Stange, one of the organizers for #MarchForOurLives, voting for the first time at the #BillyDeFrank #LGBTQ #Community Center.” 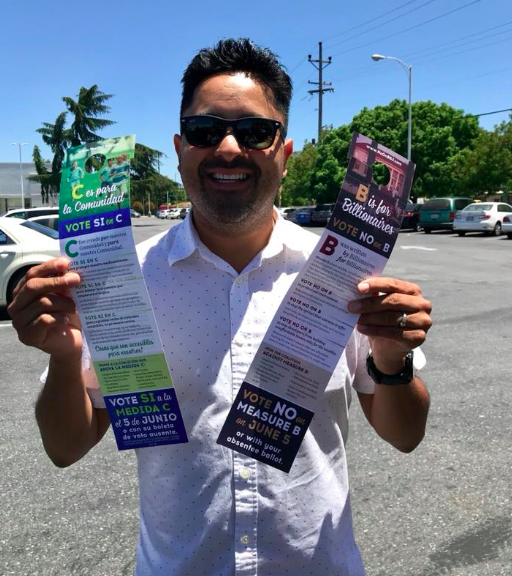 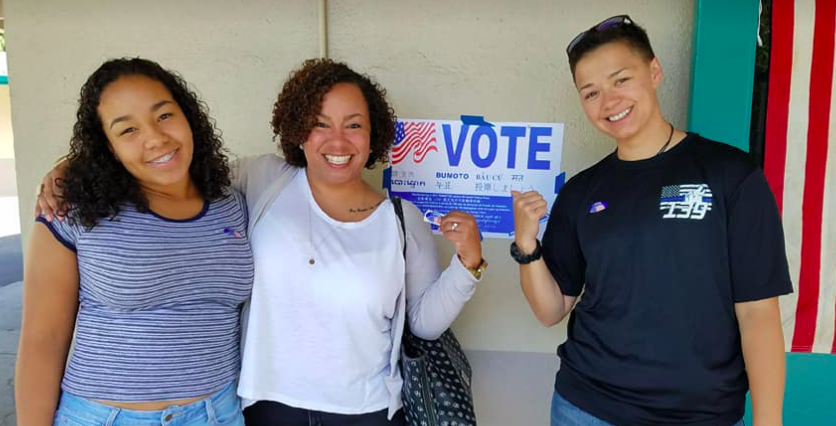 Shay Franco-Clausen (center), candidate for San Jose City Council District 9, via Facebook: “VOTED! It’s really humbling and surreal to see my name on the ballot, Voting is an honor and privilege. It became real when neighbors I didn’t ever have the privilege to meet and cast a Vote for me. Especially my neighbors who came by last night and Vote with me today. The beautiful lady who came in with ballots, giving her family’s Vote, thank you. And woman who cried with me at the polling place, while I watched Brooklyn Vote for her mama, thank you for sharing that moment. Just THANK YOU for your Vote of confidence!” 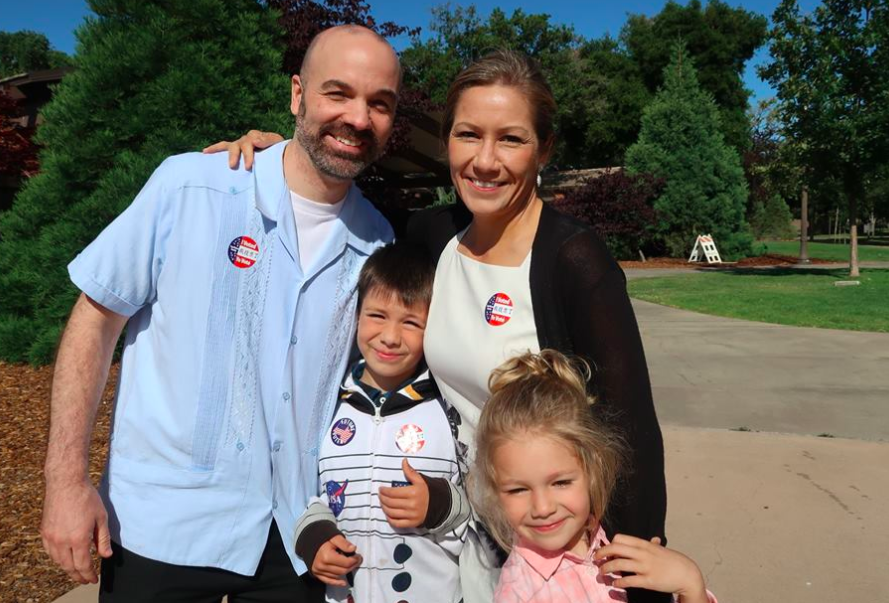 Amanda Renteria (right), candidate for governor, via Facebook: ” Have you voted yet? We did! Let’s make politics about people again.” 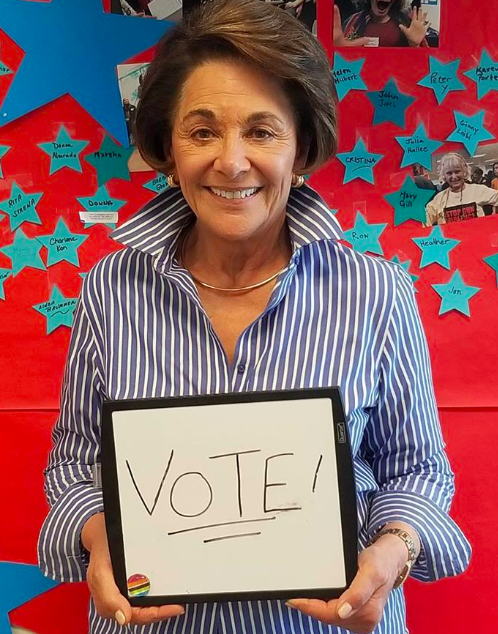 Congresswoman Anna Eshoo (D-Palo Alto), via Facebook: “Thank you for exercising your right to vote.” 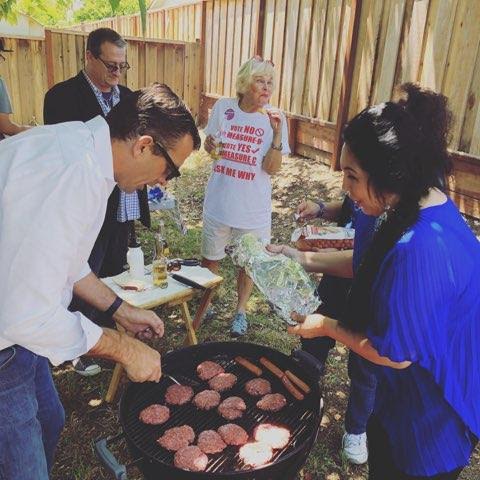 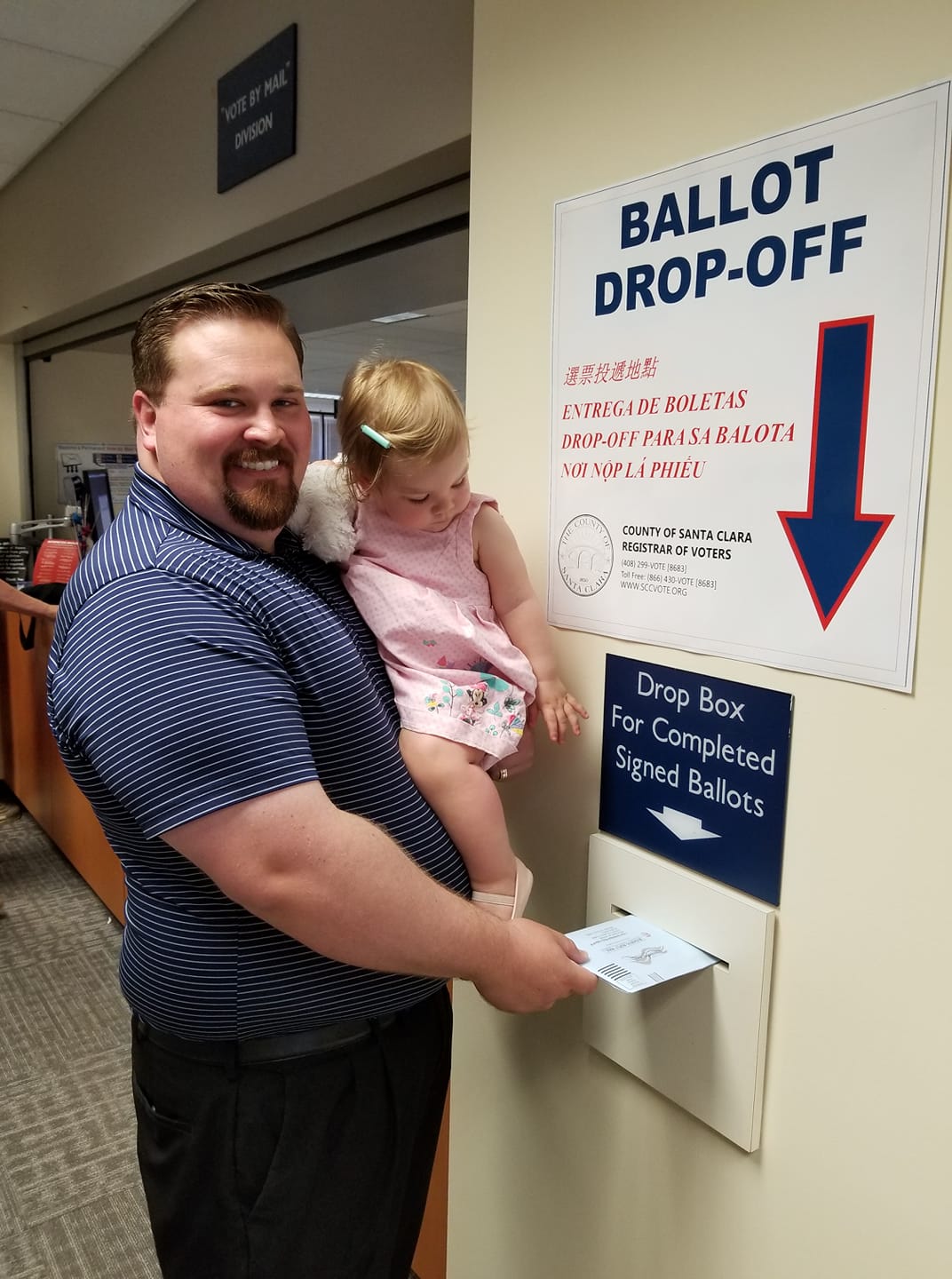 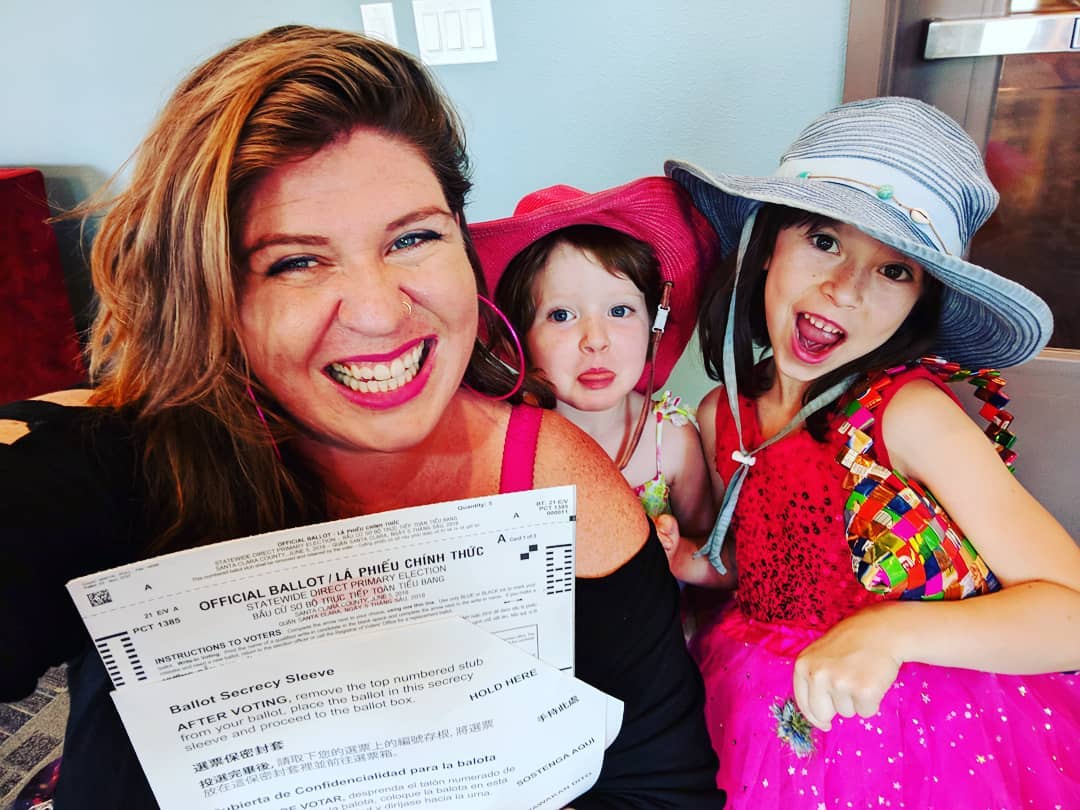