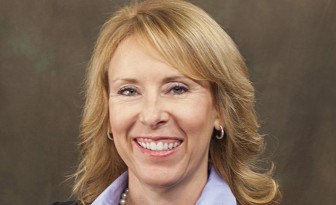 Mary Ann Dewan is the fifth superintendent the county Office of Education has had going back to 2007.

The level of bureaucracy in monitoring county foster youth shows just how dire a need there is for a working database. And while there will be no reclamation project with Terben, the county is in the initial steps of launching a new foster youth tracking system. The in-house database, Foster Vision, has been built entirely under the watch of Dr. Kelly Calhoun, the COE's chief technology officer.

"The good news is we have the product now, the bad news it was a mess of a project leading up to that point," she said.

COE has added new layers of security to the database, Calhoun said, and two school districts in Campbell and Morgan Hill have tentatively agreed to take part in the pilot program. Oak Grove and Franklin McKinley school districts have also given verbal commitments. Similar to the system under Terben, much will depend on how well the county can convince districts to sign on; that the past failures are just that.

After declining all of San Jose Inside's interview requests for this story, COE officials scrambled together a conference call after deadline Tuesday afternoon. Blackstone, who had previously declined to make anyone from COE available for interviews, was joined by Calhoun and newly anointed interim superintendent Mary Ann Dewan.

The trio said that some information about the Terben fiasco might never be known, due to a lack of institutional knowledge. But Dewan also noted that some safeguards have been put in place to prevent exorbitant contracts from going undetected.

There appears to be some willingness to see why things fell apart and conduct an internal audit.

"We would certainly take that under consideration," Dewan said.