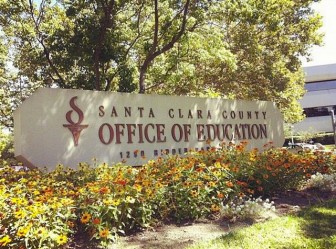 It's nearly impossible to reach Chris Benson. Terben's website has disappeared, and an outdated phone system transfers to extensions that usually end in a busy signal. I'd almost given up. But on a Tuesday morning he called, and his voice rose when hearing accusations from COE officials that his product didn't deliver.

"This was one of the saddest chapters in my life," he said, "to see my work run over by bureaucracy."

Benson said that in late 2010, right when the system should have been flourishing with incoming data, it went off the rails. The Office of Juvenile Justice and Delinquency Prevention (OJJDP) had just awarded the COE a three-year, $400,000 grant in October 2010 to expand its database to help at-risk youth.

"Right when we got that grant things started falling apart financially for [COE]," Benson said. "The budget [cuts] came in from the state. There was no foreseeable future. There was basically a panic. And then they started letting people go.

"I thought everything was hunky-dory. It was quite a shock."

While the impact of the recession and state budget cuts would have a profound impact on every local government agency, it appears that the COE's FYS division overlooked an important clause in its contract with Terben. Benson told San Jose Inside that COE let the database contract lapse by about six months, before attempting to terminate the agreement in June 2011. The oversight left COE on the hook for another six-figure payment, bringing the total cost to $565,702.

"By [the end of 2010] we were already in discussions on how the next phase of the project was going and the contract would be automatically renewed," Benson said. "I was warning Sonja, 'Look, we're coming to the end of the year. We're coming to another term. It's time to make the decision now.' It was the third quarter of 2010."

While COE legal counsel debated over whether it had ownership of the Terben database—it didn't, as the contract was written exceedingly in favor of Terben—the deadline to cut its losses apparently lapsed.

What adds a layer of concern to not only the mismanagement of the contract is how House and the COE's FYS division reported its progress to federal authorities. At the end of December 2010, a status report from COE noted that 12 districts participated in a database orientation, four districts had signed MOUs and 1,806 youth were served. But just six months later, in June 2011, a status report given to OJJDP noted that MOUs had been signed with four school districts, and yet the number of students served had dropped to 154.

"I don't know how they could say any youth were served through the database, because they didn't allow access to it," Benson said. "Orientations are a way for selling (the product) to get them in. We weren't serving anybody yet."

Sparky Harlan, CEO of Bill Wilson Center, a local shelter for homeless and runaway youth, has assisted at-risk children and young adults in Santa Clara County for more than 30 years. When asked how important educational opportunities are for foster youth, in particular, she points to studies that have found that nearly one-third of transition age homeless (16 to 24) were in foster care at some point during their lives.

"Foster care kids often have a rough life, especially kids that have been bounced from home to home," Harlan said. "By the time foster care kids get to high school they've usually been in five to 10 homes. Their day-to-day life is trying to get up and go to school and see if they'll pass their classes, and maybe see some of their family at some point.

"By the time foster care kids get to high school they've usually been in five to 10 homes. Their day-to-day life is trying to get up and go to school and see if they'll pass their classes, and maybe see some of their family at some point."

"It's a tough existence. It's having multiple schools and multiple homes. It's an unstable life to be going through. They need all the support and care they can get from trusting and caring adults."

But coordination between local agencies designed to track educational progress of foster youth has been at a stalemate for the last several years.

During the 2010-11 budget cycle, which runs from July 1 of the former year to June 30 of the latter, COE's FYS division backed out of several critical programs: tutoring, Emerging Scholars, Middle School Education Court and De Anza Summer Bridge. While some of these programs are discretionary, the reason for backing out of them has still not been explained by COE staff. And the lack of follow-up by the county safety net speaks to the dysfunction of county bureaucracy.

In fact, agencies that should be collaborating have been so hands-off that DFCS stopped signing off on annual year-end reports from House, the FYS coordinator, starting in 2010. These reports are sent to the state Department of Education and designed to document the programs that the COE carries out for foster youth thanks to grant money.

A source at the state level, who was not authorized to discuss the matter but agreed to talk with San Jose Inside on the condition of anonymity, said that county agencies often fail to use their grant money, but COE has been particularly incompetent in utilizing funds.

DFCS officials maintained in interviews and emails with San Jose Inside that the department is under no obligation to sign the COE FYS reports. "DFCS signature is as a courtesy, since DFCS is a collaborative partner and subject matter advisor in the process," wrote Stanley Lee, a social services program manager, in an email to San Jose Inside. That reluctance appears to have allowed questions about oversight and transparency to avoid detection for more than three years.

Bruce Wagstaff, who was hired as the director of Social Services in July 2012, took a meeting last summer with former county school Superintendent De La Torre, as well as DFCS and COE staff, to discuss concerns brought to him by subordinates about how data and service levels were being reported. As has been a hallmark in such discussions, they went nowhere.

"I sent [De La Torre] a letter based on those discussions," Wagstaff told San Jose Inside. "Of course, Xavier left, and our follow-up contacts with them has not been as successful."

Like clockwork, when a COE staffer or administrator leaves for another job or retires, it seems the interest in fleshing out answers exits as well.

Lori Medina, who heads up DFCS, said she has refused to sign House's year-end FYS report because it has often come in with little time to review before deadline and the numbers are tabulated in an inconsistent manner.

"We couldn't discern to our level of satisfaction that we were talking about the same numbers, that it was easily translatable," Medina said. "And because our signature wasn't a requirement, we didn't feel comfortable signing off.

"I'm not at a point to say they're inaccurate," she added. "I'm at a point where I don't fully understand how their reporting works."

If Social Services Agency—which views itself as the county safety net—can't make sense of the report after years of back and forth, one has to wonder if an internal audit of foster youth services could be beneficial.

"We always learn things when we have internal audits, so, yes, that could be a valuable process."

"We always learn things when we have internal audits, so, yes, that could be a valuable process," Medina said.

A year after the COE mysteriously cut some foster youth services, such as tutoring, another odd bit of math occurred. Internal budget documents for the COE's FYS division, for the budget year 2011-12, show that $58,181 was allotted to cover the cost of tutoring services for foster youth. But in the final expenditure narrative for that year, the total going to fund this service changed to $117,307.34. The expenditure description also changed to now include the line item detail of "database development," just months after Terben's contract was settled.

COE officials have denied that any money designated for foster youth tutoring would have been channeled over to paying off debt from the failed database.

Ken Blackstone, the COE's communications director, could not say why those budget numbers changed so radically, but he noted in an email "the COE recognizes the need to improve our contract process and has taken steps toward that end and the overall stewardship of taxpayer dollars."

It appears County Executive Jeff Smith, who oversees all Santa Clara County operations and reports to the Board of Supervisors, will be one of many taking a closer look.

"It concerns me any time a plan to help out foster kids and to help us provide services to foster kids doesn't work out," Smith said. "In this situation, it was a grant that went to the county Office of Education, and the effect of it essentially is our clients don't get the benefit of coordinated services. So, that's very troublesome. At this point we're pushing real hard to get another system in place that will do the job and provide the technical services."