Google has announced its latest round Bay Area housing funding, aimed at pushing forward about 24,000 new homes over the next decade as part of a larger $1 billion commitment to the cause.

The Mountain View-based tech giant announced its $1 billion housing promise to help drum up more homes in the region it calls home about a year ago.

While most of the housing commitment value promised by Google is in the form of land where housing can be built, the company has doled out $115 million to organizations working to create new homes and $7.75 million to nonprofits that help homeless residents, company officials said Thursday.

Among those investments are a handful of funding promises unveiled this week, including a new $50 million fund, called the Launch Initiative, administered by San Jose-based Housing Trust Silicon Valley.

That fund will invest in an estimated 4,000 affordable homes throughout the region in the coming decade Google and Housing Trust officials said Thursday. So far, the Launch Initiative has shepherded forward 150 homes in San Jose and Alameda County, including an Alum Rock neighborhood project by nonprofit Charities Housing.

“This remarkable new partnership builds on the strengths of both organizations and has the potential to grow well beyond its initial scope,” Julie Mahowald, Interim CEO of Housing Trust Silicon Valley said in a statement this morning. “We are grateful for Google’s steadfast commitment to find creative ways to inject the capital needed for more affordable housing.”

The commitment builds on an existing relationship between Google and the Housing Trust, which has received $100 million of Google’s promised $250 million in housing investment funds. Last summer, the tech titan invested $50 million in the nonprofit’s TECH Fund, which offers low-interest loans to hard-to-fund affordable housing projects.

So far, Google’s money in the TECH Fund has helped six Bay Area housing projects get funding to build nearly 500 new homes in the region. 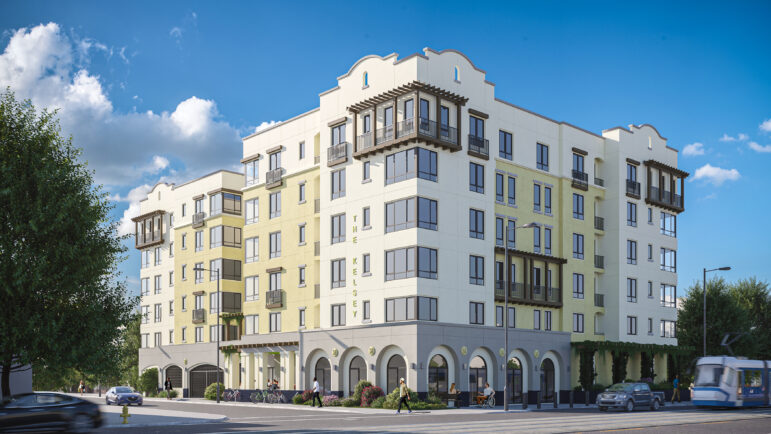 The new facility will allow the Vallejo-based company to double its home production in the coming years, drumming up “tens of thousands” of new prefabricated homes in the region, according to Google.

“It’s faster and less expensive than conventional construction, two characteristics that are often unheard of in California’s housing industry,” she said Thursday in a blog post.

Factory OS plans to build about 700 units that will rise in Oakland and San Francisco early next year, according to Google’s announcement Thursday.

In all, Google intends to grant $50 million to local nonprofits working to end homelessness in the region where thousands live without a home. So far it has doled out $7.75 million, including the commitments announced Thursday.

Most of Google’s housing commitment—$750 million, to be exact—comes in the form of a promise to zone company-owned land throughout the region for housing and then allow homes to be built on that land.

But Google isn’t a housing developer, so it’ll rely on other companies to build those homes on its property, offering what’s known as a ground lease, or renting the land to housing developers.

Last year the company partnered with Sydney, Australia-based developer Lendlease Corp. to build up to 15 million square feet of new residential, retail, hotel and other community space on Google-owned land over the next 10 to 15 years. But that doesn’t mean other developers won’t also have a chance to build on land owned by Google, which is the largest property owner in Mountain View’s North Bayshore area.

The company is also working on a massive mixed-use development in San Jose’s downtown, a project it has dubbed “Downtown West.”

That project is part of that $750 million land commitment, because it aims to rezone a primarily industrial and commercial part of San Jose near the city’s Diridon Station to also allow housing. The city is expected to vote on the development proposal later this year or early next year. “Over the last year, we’ve made progress proposing plans where residential units, offices, retail, and parks will coexist on our land,” Prozan said.

Despite the recent economic uncertainty due to the novel coronavirus pandemic and the future of Caltrain, which stops at Diridon Station, Google and city officials have said the project is still pushing forward.

“We need an ‘all-of-the-above’ approach to the homelessness and housing crises, particularly as COVID-19 continues to create long-term economic uncertainty and expose the dramatic inequities in our society,” Silicon Valley Congresswoman Anna Eshoo (D-Palo Alto) said in a statement today. “I look forward to continuing to work with Google to invest in our local communities and build a better future for our region.”