Milpitas’ former city attorney, whose entire office was outsourced to a private law firm this past summer, plans to sue the city for retaliation.

Michael Ogaz claims the city broke the law by firing him for investigating a personnel complaint. Milpitas City Manager Tom Williams violated his free speech rights and ousted him for essentially doing his job, according to a pre-lawsuit charge filed with the state Department of Fair Employment and Housing (DFEH) and a separate government tort claim.

The DFEH reviewed those allegations and gave Ogaz the go-ahead to bring a multi-million dollar lawsuit against the city, which already faces a slew of litigation for age discrimination and other workplace issues.

“We think the evidence is very compelling,” his attorney, Adam Zapala, told San Jose Inside. “I’ve rarely started out an employment case where we have as much evidence as we have now.”

Williams dismissed the charges as without merit. The city eliminated two internal attorney positions after conducting a cost-benefit analysis during the usual budget seasons.

"There were no retaliatory actions by the city and the decision was based solely on cost," he said in a statement.

The impending legal case stems from an internal complaint filed in April by the city’s former planning director, Steve McHarris, and former personnel chief, Carmen Valdez, which accused Williams of racial harassment, age discrimination, defamation and unethical conduct with developers. Because of the seriousness of the allegations, Ogaz launched a probe and alerted the City Council.

“Almost immediately,” according to the tort claim, Ogaz and McHarris “experienced both the threat of and actual retribution.”

Days after Ogaz notified city officials of his investigation, Williams allegedly filled out a form purporting to fire McHarris, who already had put in notice to take a new job with the city of San Jose. The city manager also allegedly threatened to file a harassment claim against Ogaz for initiating the investigation.

In what the tort claim calls “an extraordinary coincidence,” Councilwoman Debbie Giordano called for a performance review of Ogaz a day after he began looking into McHarris’ allegations and on the same day the council was to evaluate Williams. 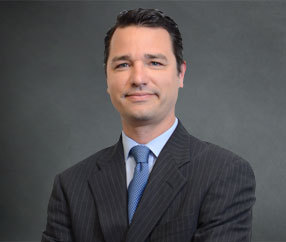 “This act led to the chain of events whereby Mr. Ogaz was terminated,” the tort claim states. “The incredible temporal proximity between Mr. Ogaz’s protected activity and Williams’ and Giordano’s conduct … creates an inference of retaliation by itself.”

Giordano publicly acknowledged that she called for Ogaz’s review because of concerns “about the due process and how the dispute was being handled.”

“This is an extraordinary admission by the city and will be devastating to its defense in any future litigation,” according to the claim.

Another suspicious coincidence happened a day later, the claim adds. Williams asked for recordings of Ogaz’s performance evaluation, which, according to state law, only council members can view. That request was denied.

“Once again, in an extraordinary twist of coincidence, a request for the same tapes came from Councilwoman Giordano a short time later on the same day,” according to the tort claim.

In an open council meeting that month, Williams said he felt that Ogaz had put him “in the crosshairs” by bringing the allegations against him to his elected supervisors. Council members have the authority to hire and fire only the city manager and the city attorney.

Later, during a private meeting just outside of Williams’ office, the city manager allegedly threatened Ogaz with retaliation.

“I’m going to get you, Mike,” Williams allegedly told him.

“Are you saying you’re going to retaliate against me?” Ogaz asked.

About a month after, the council voted to outsource the whole city attorney’s office to a private Walnut Creek-based law firm. While Councilwoman Giordano and Mayor Jose Estevez said the move would save the city money, Ogaz disputes that reasoning.

In January, Ogaz submitted a budget for the 2015-16 fiscal year asking to expand his office by adding a deputy city attorney. Williams agreed with that request, as he had with six prior year budgets. Instead of phasing out Ogaz, who was hired in 2007, the city voted to terminate his position on July 1.

Meanwhile, Estevez and Giordano took over the investigation into McHarris' claims. In a bubbly press release in October, the council duo announced that the allegations had no merit while applauding the city manager's performance. Singer Media, the crisis management firm hired around the same time as the investigation into the city manager's behavior said the city cannot comment further on the matter because any disputes between employees are subject to confidentiality.

Milpitas has repeatedly come under scrutiny for its personnel problems, many of them pointing back to Williams. Over the past several years, several high-ranking city officials have retired early or left after only a few years because of what they call a toxic work environment. Additionally, at least two other former employees plan to file their own employment-related lawsuits.

While Giordano and Estevez have repeatedly come to his defense, others blame him for tarnishing the city’s reputation.

“You have lawsuits, personnel complaints, and discrimination complaints,” former Milpitas Councilman Armando Gomez told San Jose Inside. “For [Mayor] Esteves to ask the public to believe that everything is OK at City Hall and outsourcing the attorney’s office was purely for budget reasons is really just insulting.”

Zapala said people shouldn’t be afraid to speak up about unlawful workplace conduct, and they should be able to participate in personnel investigations without fear of retribution.

“We intend to vigorously litigate this case,” he said Tuesday, “to ensure that courageous public servants, like Michael Ogaz, are protected from workplace bullies.”