A developer has submitted plans to tear down the former site of Lido’s Nightclub in downtown San Jose. In a preliminary proposal given to the city’s planning department last week, San Jose-based developer Urban Catalyst said it wants to redevelop the building on 30 S. First St.—known as the Lido Building—into a 76,000-square-foot mixed-use project comprising office and ground-floor retail space.

The plans also include the historic Knox Goodrich Building next door. While preserving much of the building’s historical structure, the developer wants to make it building part of the lobby of the new building. 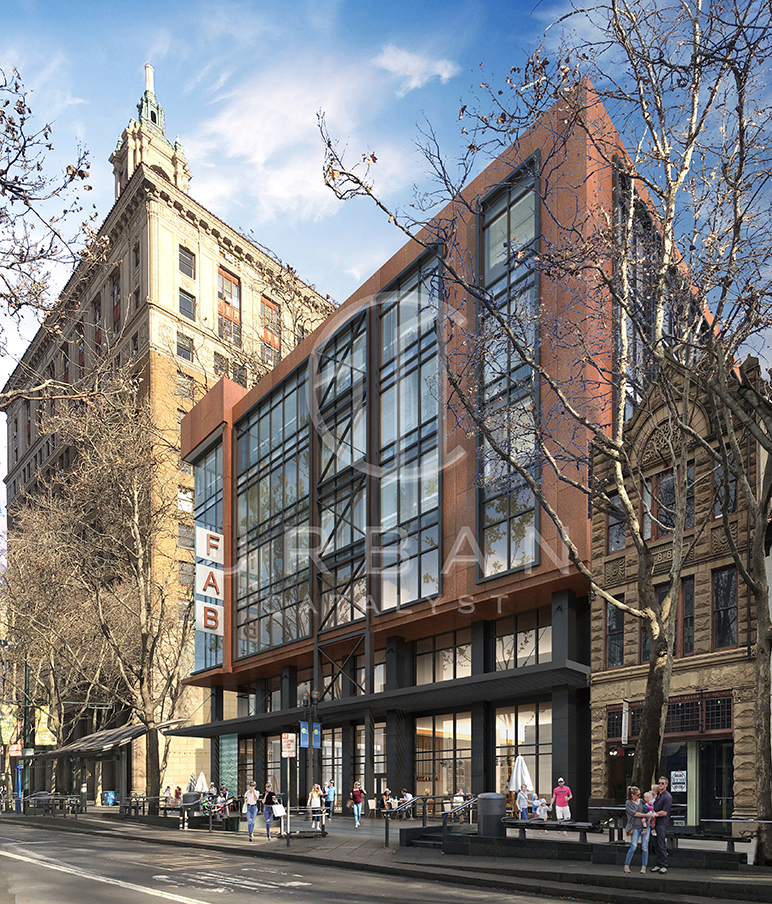 A rendering of the proposed project.

Josh Burroughs, Urban Catalyst’s COO and SVP of development, told San Jose Inside he doesn’t yet know what tenants will occupy the building. But the company is hoping to attract small and medium-sized businesses, he said.

“We really want to be a catcher’s mitt for businesses that might be pushed out from some of the larger projects downtown,” he said.

The development, called Fountain Alley, is being followed closely because of its ties to a new federal tax program. If approved, the development would be San Jose’s first “opportunity zone” project. Opportunity zones are regions around the country that offer tax breaks to investors who put money into those areas.

Real estate investors and developers have been particularly excited about the opportunity zone program, which was part of the tax bill signed into law last year by President Donald Trump. The tax break applies to investors who put capital gains—the profit made from the sale of stock or property—into funds that support development.

The idea is to encourage development in places that haven’t historically seen it, although there have been some concerns it may speed up gentrification.

Burroughs said that proposing a project in an opportunity zone makes finding money to build the project much easier because there’s an added incentive for investors.

“It gives us a whole new group of potential investors to invest in real estate,” he said. “It’s a whole new tranche of money.”

Downtown is beginning to see a host of new developments, as developers hope to take advantage of Google’s incoming campus and the extension of BART to the area. “We want to expedite the vision for downtown San Jose that’s already in place,” Burroughs said.