The slow-motion decline and subsequent bankruptcy of the Fairmont Hotel took a particularly sharp pin to San Jose’s 1980s aspirations of urban greatness.

The centerpiece of an ambitious redevelopment era, for a third of a century the Fairmont had been a place where one could spot Sidney Poitier in the restaurant, Pelé or the president of Mexico in the lobby, members of the band Chicago or José Feliciano at the bar, Paul McCartney at the valet station, President Clinton setting out for a jog with his Secret Service entourage or poet Allen Ginsberg going on and on about having used the same presidential suite commode as George H. W. Bush.

The ailing neoclassical landmark at 170 South Market, dark for more than a year, rebounded this week, handily refuting exaggerated reports of its demise. Crews have replaced fixtures, rolled out carpets and replaced the monarchical golden tones with cool, contemporary shades of charcoal.

The hotel is now known as Signia, Hilton’s “bold new hotel brand for today's sophisticated traveler” that rolled out in Orlando, Florida and Atlanta last year and now making its West Coast debut here. The new moniker will take time for Fairmont nostalgists to get used to, but let’s face it, it’s been a dead brand walking for some time. 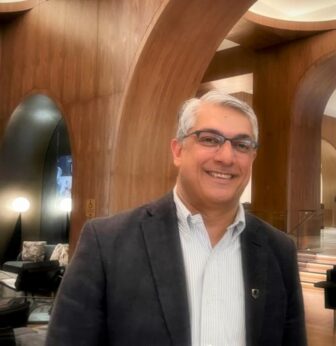 The new tower is open for bookings. A new restaurant is open. The huge lobby lounge columns, once faux marble-painted and more recently brushed black in a failed emo redesign, have now been squarely wrapped in contemporary veneers, as are minimalist repeating arches added in a nod to California’s mission history.

Newly named general manager Jimmy Sarfraz, who moved here to manage Hilton properties in the valley three years ago after honing his hotel management skills in London and Malta, calls the style “modern luxury” that incorporates elements of the hotel’s heritage. There are no ironic gimmicks like a 25-foot-high lobby chair or coffee tables held up by brightly painted lawn dwarves. “We wanted a timeless design,” he says.

Chill DJ-curated electronic music and subtle scents are part of the lobby experience at the 805-room hotel, Silicon Valley’s largest. A single slab of LED-illuminated white marble wraps around the relocated bar in the sunken lounge, a centerpiece of the design created by the Manhattan-based Rockwell Group. Management wouldn’t reveal the renovation’s total tab, but Sarfraz dropped a mention of the half-million-dollar lobby chandelier, a 3D grid structure dotted with rectangular lights. At least it’s not taxpayer money this time!

The health club has doubled in size to 4,000 square feet, with mirrored walls, high-tech treadmills and colorful barbells, along with a stone-walled steam room and a sauna. A California-style restaurant will be added to the pool deck when the main tower reopens next year.

Sarfraz is particularly enthusiastic about the signature restaurant, Aji, embedded amidst the amply stuffed lobby sofas. The concept, Peruvian-Japanese fusion named after the South American nation’s famous amarillo pepper, is a remix well-suited to the region’s demographics.

“We have been trialing for several weeks now, and everyone’s been blown away by the food,” Sarfraz says. “And this is just our first stab at it. Come back in a few months.”

As with any millennial-friendly establishment, the lobby bar has a “cocktail program.” Sarfraz describes it as “pisco meets sake” with a deep bench of Japanese whiskies. 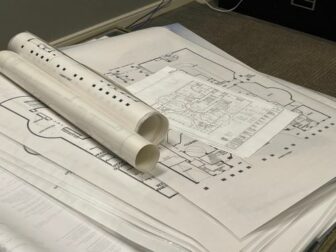 The ambitious menu is under the supervision of executive chef Hans Lentz, whose culinary journey has included stints in Hawaii, Chicago, Miami, Istanbul, Egypt and Dubai. If that résumé hasn’t prepared him for challenging the palates of business travelers and downtown denizens in post-pandemic San Jose, then nothing will.