The White House has enlisted San Jose into a nationwide initiative to equip jobless residents with the skills for higher-paying jobs in Silicon Valley.

Named a “TechHire City’’ on Tuesday, San Jose was one of 10 municipalities recognized for creating pathways to well-paying tech jobs that meet the demands of a growing market. To date, 31 cities have been now been incorporated into the TechHire initiative—including San Francisco and Oakland—so the inclusion could be considered a bit overdue for the "Capital of Silicon Valley."

President Obama launched the TechHire initiative this past spring as a way to address the skills gap in tech and manufacturing. The U.S. Department of Labor has projected a shortage of one million trained tech workers by 2020.

SJ has secured $1.2 million from local and state sources to drive the #SJTechHire strategies with a focus on women, minorities and youth.

The announcement came on a day when the White House hosted an event focused on inclusive entrepreneurship, which will be live-streamed online. The event featured the following two South Bay-based companies.

After a car accident left her blind for 11 years, Ramona Pierson founded a company to build a new kind of search engine (Ramona Pierson, Palo Alto) 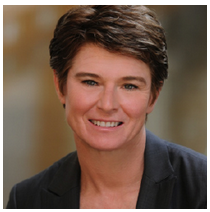 In 1984, at age 22, Ramona Pierson was hit by a drunk driver. The car tore her body apart, slicing open her throat, gouging her chest, and leaving her heart and lungs fully exposed. Pierson was in a coma for 18 months. She was totally blind for 11 years, though she has regained partial sight in her left eye thanks to a corneal transplant. It was the process of having to learn just about everything from scratch – including how to breathe and walk – that made her realize how important it was to be a lifelong learner. And it's that notion that inspired her to start Declara. Declara has developed a ways for people to learn in more personalized ways, through advanced semantic search and predictive analysis. In three years, Declara has grown to 65 employees, and attracted $32.5 million in funding. Pierson also serves as a mentor for LGBT entrepreneurs. 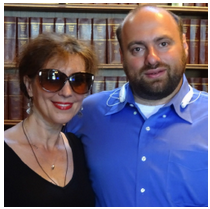 After being diagnosed with colon cancer in 2013, Tatyana Kanzaveli decided to found a company that could help others. The security of having access to coverage under the Affordable Care Act helped her make the decision to start her own company. Open Health Network is a smart mobile health platform that helps healthcare organizations, researchers, and patient advocate groups create cutting-edge mobile applications that run on any device and in any language in a day without coding. Application modules include patient surveys, social networking, wearable device integration, and other customizable modules.