Supervisor Joe Simitian pushed the county this year to establish the nation’s first Privacy Center of Excellence, and said hiring a chief privacy official was the logical next step. 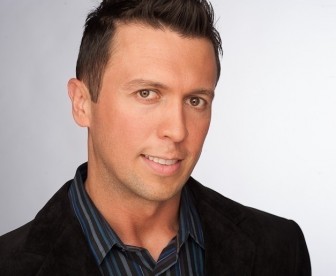 “Santa Clara County, as a government, collects sensitive and personal information, including health, financial, voting, and criminal records,” Simitian said in a press release about the new hire. “With Mike Shapiro on board, I’m hopeful that we can become a national leader—in not only protecting that information from outside assault, but in handling it appropriately within the County.”

Shapiro comes to the county with experience in both the public and private sectors, where he trained government agencies and corporations on data breaches and program development.

Shapiro said he’s eager to help the county build a robust privacy program, which could set an example for other local governments. Developing Simitian’s vision for a Privacy Center of Excellence will require balancing personal privacy with the benefits of information sharing, Shapiro said.

“I’m ready to use my skills to create an enterprise privacy program in support of constituent and employee privacy alike,” Shapiro said in a statement.

He added: “We’re in Silicon Valley, and in our unique region, we have the ability to work with academia and the tech industry on the most urgent privacy threats and solutions.”

This county is apparently one of the few in the U.S. with a dedicated chief privacy officer. Some states don’t even have one yet, noted Shapiro, whose hire is part of a longstanding effort by Simitian to bolster privacy protections. According to his office, the supervisor sponsored 12 privacy-related laws in as many years in the California legislature. Simitian also chaired the Select Committee on Privacy in both the Assembly and the state Senate.

Simitian introduced what became the country’s first data breach disclosure law, which requires companies to notify affected customers if their information is compromised. He also co-authored legislation that required website operators that collect sensitive information to clearly post and abide by a privacy policy.

When Simitian came back from Sacramento to local government, he led the county to adopt transparency rules for surveillance technology, including law enforcement tools such as cellphone towers, computer hacks, license plate scanners and GPS trackers.