Santa Clara County this week hired a developer to oversee construction of a 55-acre civic center in San Jose.

The master development agreement with Lowe Enterprises allows the county to advance plans to build a mixed-use, market-driven government campus.

"The development agreement is our first step toward creating a … civic center that will be a modern, efficient center for government services," Board of Supervisors President Dave Cortese said in a press release.

The master plan approved by the Board of Supervisors on Tuesday will take about a year to finalize. Until then, details of the future civic site remain unclear. In public hearings, residents and county officials agreed that the project must be designed in a way that raises property values and that’s mindful of the environment.

"We envision a hub of activity that is welcoming to residents and brings additional uses and amenities to create an attractive mixed-use destination," said Supervisor Ken Yeager, a longtime advocate of the development.

Moving forward, the developers will demolish the West Wing and relocate District Attorney’s office along with other law and justice administrative uses. The county will eventually relocate other administrative departments to an area north of Hedding Street and leave a city block on south Hedding for private, cash-generating uses on public land.

Alan Chamorro, senior vice president of Lowe Enterprises, said his company will work with the county and public to maximize the civic center’s usefulness to the residents.

“This may include the replacement of many outdated government facilities with new buildings as well as the consolidation of services,” Chamorro said. “An evaluation will be done to assess the right master plan for the area and deliver a high-quality project in the most cost-effective way possible.”

Lowe has developed a similar project in San Diego: a $500 million, 915,000-square-foot county government campus on a 47-acre site.

To view a presentation about the civic center plans, click here. 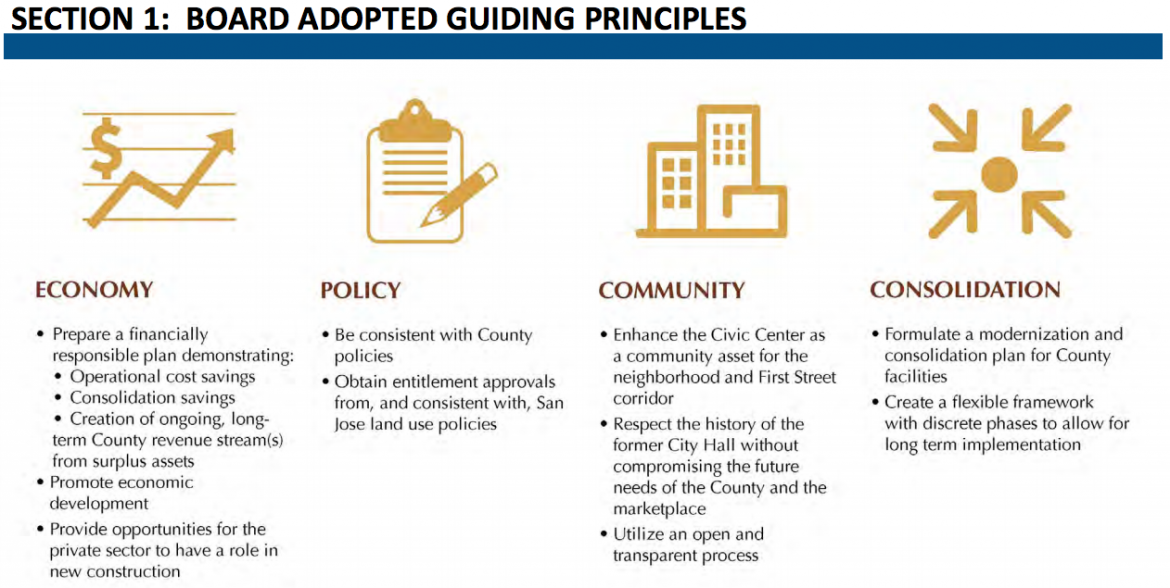