San Jose’s Deputy Police Chief Stanley McFadden has been selected as the 50th chief of police for the City of Stockton.

The selection announced this week followed a nationwide search and rigorous process, surveys with the Stockton community and police department, interviews with community leaders and a town hall meeting with each candidate. 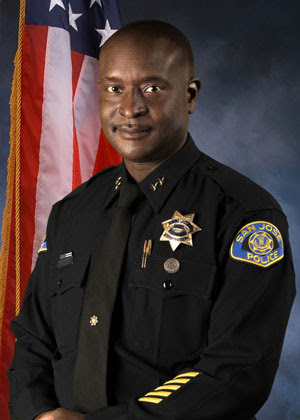 Stockton officials cited McFadden’s 29 years experience in law enforcement and a large breadth of specialized assignments in San Jose, including:

The Field Training Unit, Violent Crimes Enforcement Team (VCET), the Gang Investigations Unit (GIU), Family Violence, and as a member of the Homicide/Crime Scene Unit as both an Officer and Sergeant.

As a lieutenant, McFadden has been the Academy Director, Training Unit Commander, and the Commander of our Internal Affairs Unit. More recently, he was assigned as the Central Division Captain before being promoted to the rank of Deputy Chief of Field Operations. Deputy Chief McFadden has a bachelor of science in Criminal Justice from California Coast University.