News is an expensive business, but anyone in need of comfort will have the robots to rock them to sleep.

On Monday, just a couple weeks after sweeping layoffs at Bay Area radio institutions KGO and KFOG, South Bay mainstay KLIV 1590 announced that it will drop the all-news format it has carried the last 35 years. Rather than live DJs, the format will shift to machines picking over the bones of the best ’80s and ’90s country. 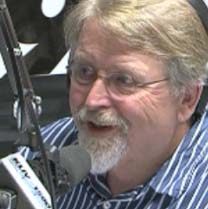 George Sampson, the station’s news and program director the last 16 years, said a total of 12 newsroom positions will be out of a job. Employees were informed of the plans last week.

“I think there are a lot of people who may just go out of radio and into something else, myself included,” Sampson said. “It’s a troubling trend, just what’s happening to the demise of local news. You can get your Associated Press stuff off the wire, but to cover a town you need people, and if you need people you need to pay them. The cost of running a news station is very personnel intensive, and our sales just didn’t keep up with the cost.”

The loss will be felt especially in times of breaking news, Sampson said. He pointed to events like the 1989 Loma Prieta earthquake and the 2002 fire at then-under-construction Santana Row.

In the days following the 1989 earthquake, KLIV let listeners call in to share their stories and reach out to family members. It created “a community bulletin board in a time of crisis,” said Sampson, who may be the longest on-air news host in the history of South Bay radio when counting up all his stops, including a prior nine-year run with KLIV starting in 1975.

The station expects to continue news coverage through the June primary election.