Despite a booming economy and high-wage jobs, the Bay Area has taken a toll on all but its most affluent denizens. Nearly half of millennials (anyone born since the early 1980s) are inclined to leave the nine-county region. That’s according to a new poll by the business-backed Bay Area Council, which found that grinding traffic and soaring housing costs have rendered the region prohibitively expensive to the young and working class. The survey found that 46 percent of millennials and 40 percent of the region’s residents overall consider fleeing—a considerable increase from last year. Of the thousand residents polled, 55 percent said that they worry about the overall cost of living, 41 percent cited traffic as their biggest concern and 39 percent cited housing. It’s clear that younger adults feel the most pain, however. Nearly two-thirds of millennial respondents ranked cost of living as one of the main problems facing the Bay Area. 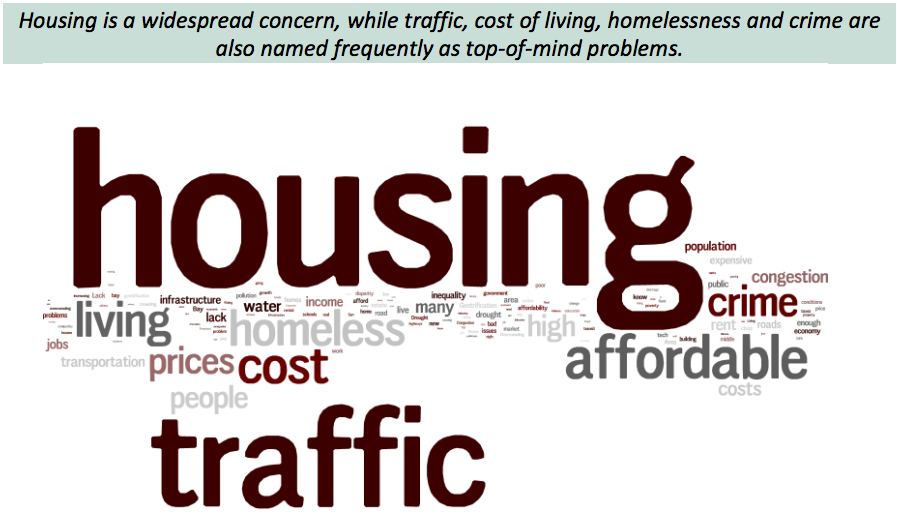