Fear and panic gripped Silicon Valley amid reports of a planned nationwide crackdown on 2,000 undocumented immigrants. But the week started without apparent incident, according to activists who braced for U.S. Immigration and Customs Enforcement (ICE) sweeps to commence this past Sunday.

ICE has declined to share information with local reporters about its planned operations in the region. In an interview on Fox News Sunday, ICE Acting Director Matthew Albence said the agency would conduct “targeted enforcement” on “specific individuals.”

That offers little reassurance for local immigrant communities, which have experienced a massive uptick in collateral ICE arrests since President Trump took office.

South Bay leaders condemned the federal government’s tactics as not only inhumane, but  deliberate fear-mongering. “San Jose rejects the Trump administration’s politics of fear and exclusion,” Mayor Sam Liccardo pronounced in a statement as word about the raids began circulating in a city that 200,000 undocumented immigrants call home.

Though the expected raids have yet to transpire, the anxiety experienced by immigrant families is palpable. And activists remain on high alert.

“All the service agencies have received panicked calls tying up the phone lines,” said Father Jon Pedigo, head of advocacy for Catholic Charities of Santa Clara County. “There is definitely deep panic.” 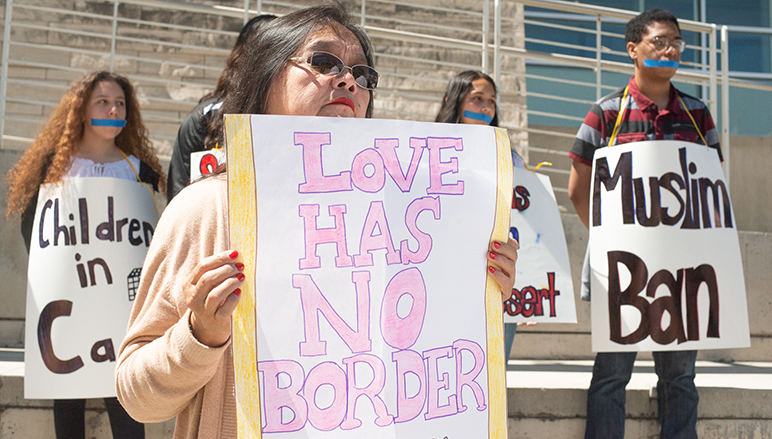 Issac Sanchez, a local janitor, said several people he knows have stopped reporting workplace abuses over fears that any attention from authorities would make them vulnerable to immigration raids. At a recent anti-ICE rally outside San Jose City Hall, he joined some of his co-workers to denounce policies that scare people into silence.

“We will keep struggling and fighting back,” Sanchez declared at the protest. “We will stay here with our families.”

Compounding the sense of dread and dismay are reports about humanitarian violations committed by ICE at the southern border. 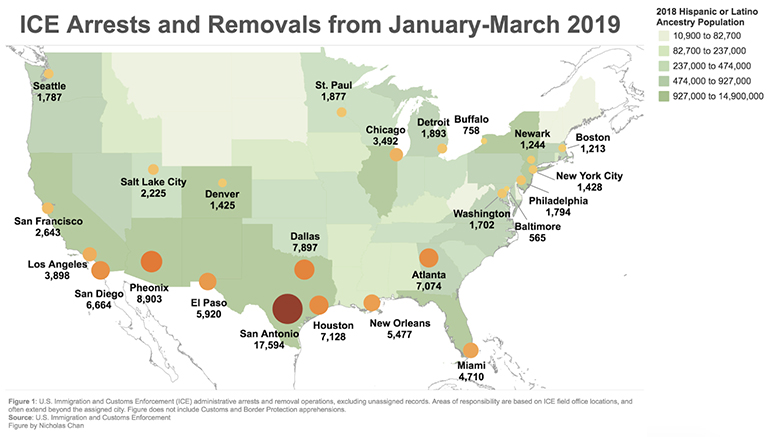 (Graphic by Nicholas Chan for San Jose Inside)