What is the definition of “artist?” Should it be defined by artists themselves—or by politicians? What happens when theater companies are told their actors, designers and directors—many of whom were previously deemed contractors or volunteers—must be made employees, eligible for workers compensation and paid by the hour?

We’re only starting to find out.

A new state law, which was sold to voters as a way to protect Uber and Lyft drivers from exploitation, went into effect on New Year’s Day, and it is bringing unexpected consequences and spreading confusion and fear across an array of industries. These “industries” include arts nonprofits and theater companies, along with the actors, musicians and designers who collaborate with them. As not-for-profit organizations struggle to comply with the law, many say the law’s strict requirements could mean the end of community theater as we know it.

Here in Silicon Valley, the law—Assembly Bill 5 (AB-5)—which has been in effect just over a month, is already changing the way theaters have operated for more than a century. With little warning, local companies are grappling with the complexities and vagaries of the new law and working to determine which short-term, temporary artists need to be made into employees and which can remain contractors.

Mallette acknowledges that the law has forced City Lights to make some changes for the better. She says the company as a whole is in favor of worker protections, but she believes small non-profit arts organizations simply aren’t set up to have every participant on the payroll. “It just logistically doesn’t make sense,” she says.

The problem lies in the law’s broad language, which has local performing arts professionals like Mallette arguing that the economic burden AB-5 foists upon small theater groups will ultimately hurt the very people it was designed to help. In one clear example, Mallette says that City Lights determined it could not afford to comply with AB-5 when it came to hiring musicians. And so, this coming season, the company will be using recorded music instead of a live band. 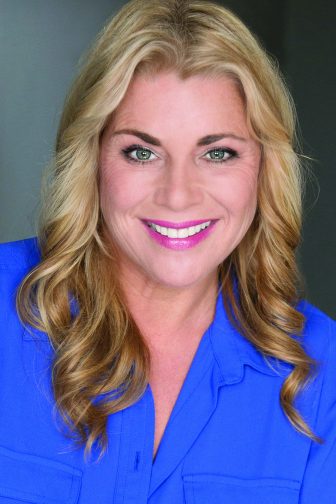 “The law was advertised as being directed at a certain industry when it was passed,” says Julie Baker of the nonprofit Californians for the Arts.  “The scope was not something that people in the arts anticipated.”

A California-based advocacy and education organization formed to build public awareness around the value and impact of the arts and the creative sector, Californians For the Arts has been working with legislators to bring some clarity to the law, which has left many artists and nonprofits thoroughly confused—and in a very tight spot.

“The legislation was signed in 2019, and till then, nobody was sure what was going to be in it, and then suddenly, it’s going to be law on Jan. 1,” Baker says. The timing was especially bad, she adds, as the majority of the state’s theater companies had already set their seasons and fiscal year budgets by then.

AB-5 expanded upon and codified a 2018 California Supreme Court ruling known as the Dynamex decision, which changed existing laws on how independent contractors are classified. In that judgement, the court ruled in favor of employees of Dynamex Operations West, a package-delivery company. The workers brought the suit after the company moved to reclassify them as independent contractors and force them to use their own vehicles. The Dynamex decision introduced a new test for determining whether a worker should be classified as a contractor or an employee.

Prior to AB-5, the Borello Test—taken from a 1989 California Supreme Court decision—had been the standard.

Gregory Simonian—a partner and employment law specialist at the Campbell law firm Casas Riley Simonian LLP—says that the Borello Test served as the accepted standard for 30 years before the Dynamex decision and that AB-5 turned it “on its head,” introducing a newer and far stricter set of criteria commonly called the ABC Test.

“It’s as strict as it comes,” Simonian says of AB-5. “I haven’t seen anything stricter.”

Under the ABC test, a “worker” can be classified as an independent contractor only if the following three criteria are met:

As written in the law, a contracting entity’s failure to prove any one of these prerequisites is sufficient to establish that the worker is an employee, not an independent contractor. 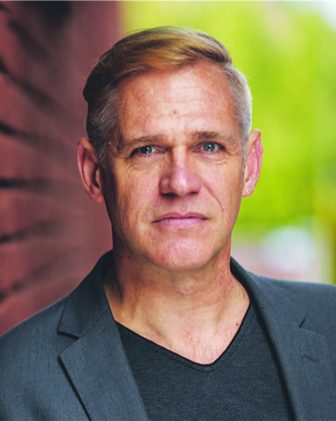 Jonathan Williams, executive artistic director of the Tabard Theatre Company, says his organization will have to raise its current yearly budget by 10 percent as a result of increased costs associated with AB-5. (Photo by Edmond Kwong, viaImageWurx)

“We’ve been speaking to legislators about how the arts work,” Baker says. “We’ve tried to explain that the arts don’t fit into that one-size-fits-all mold. AB-5 is intended to provide protections for people against exploitation. That’s not a bad thing. But for those in the arts who want to remain independent, it’s a painful thing, because it affects their own flexibility, it affects how they do their taxes and their expense deductions, it affects their intellectual property rights—because once you do something as an employee, the company owns whatever that piece of work is.”

According to Baker, all those hours spent with legislators did result in one change to the law: the inclusion of “fine arts” as an exemption alongside grant writers, marketing professionals, travel agents and others.

“‘Fine arts,’ that’s what we got,” Baker said, shrugging. “But what does that mean? There is no definition of ‘fine artist’ anywhere in the legislation. I used to own an art gallery; I think I know what a fine artist is. The definition is intentionally broad, Gonzalez has admitted. The author herself, if you follow her on Twitter, has said that ‘fine arts’ was intended to be that broad, but that in her mind it includes people like musicians.”

Assemblywoman Gonzalez, an active Twitter user, recently tweeted an announcement that more clarity about what constitutes a “fine artist” would be coming in the future. But for now, Mallette and others in the same boat must wait and see what happens.

For her part, Mallette is eager for more clarity as well as specific carve-outs for arts non-profits like City Lights Theater. Concrete numbers would also be nice, she says. Currently, the ABC test and the term “fine artist” provide less direction than other impacted sectors, such as the news industry—which, under the most current version of the law, allows publishers to hire a single contractor for up to 35 discreet “content submissions” per year.

“There’s no number,” Mallette says, explaining that a cap on hours—even if it were unreasonable—would at least serve as a guidepost. But as the law is written, she and the rest of the local performing arts community is fumbling in the dark. “That’s one of the things that has made it so difficult for people.”

A group of state Republican lawmakers are working to repeal AB-5 and replace the law with a legislative package that addresses the specific concerns of various industries that rely on contractors. Freelance journalists, musicians and other music professionals, and independent referees and umpires are covered in the package.

Meanwhile, Gonzalez is working to fix AB-5 with another bill, AB-1850. Gonzalez’s new bill would reportedly “clarify” the AB-5 distinctions.

Additionally, Gonzalez has announced that $20 million dollars of emergency funds will be made available to certain qualified organizations and individuals, to—in Baker’s words—“manage the transition to AB-5.”

She advised those concerned about AB-5 to simply wait for the law to be repealed, or to hold their breaths waiting for actors and sound designers to be reclassified among the exempted “fine artists.” Several unions operating in the state, including Actors Equity—which is staunchly in favor of AB-5—have publicly stated they will mobilize against any effort to have actors and other theater artists added to the list of exempted parties.

“AB-5 is not getting repealed any time soon,” Baker says, encouraging local arts advocates to reach out directly to lawmakers.

“Send them a letter, there’s a template on our website,” she says. “It matters. The more they hear from real people telling real stories, the harder it will be for them to pretend this is not having a major impact on the people who elect them.”

Nick Veronin contributed to this report. 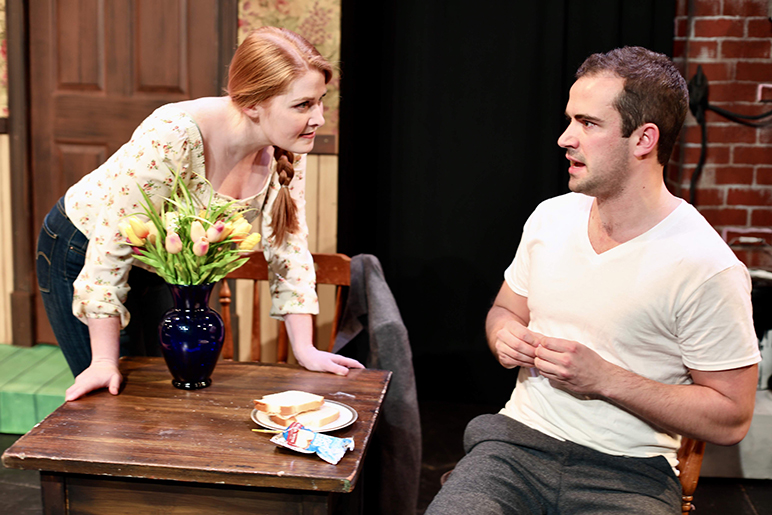 City Lights Theater Company recently wrapped up its production of ‘Stage Kiss.’ Company leadership is concerned about what AB-5 could mean for the organization’s future.