UPDATE, Nov. 30, 2016: Laron Campbell has been returned to jail after police found him at about 10pm Tuesday. They reportedly found him after he fell through the attic floor of his sister’s house in Antioch. His sister, 24-year-old Marcaysha Alexander, was also arrested on suspicion of aiding a fugitive. The search continues for Rogelio Chavez.

Two Santa Clara County inmates who broke out of jail the day before Thanksgiving are still on the lam. The escape is the latest in a series of embarrassments for Sheriff Laurie Smith, who oversees the county’s beleaguered jails.

A sweeping manhunt for 33-year-old Rogelio Chavez and 26-year-old Laron Campbell led police to a Gilroy motel room Sunday night, but the men left before police arrived. Deputies arrested a woman named Emily Vaca on suspicion of helping Chavez by driving him to evade capture, according to Sheriff’s Office spokesman Sgt. Richard Glennon.

“The Sheriff’s Office conducted numerous pre-planned operations of known high-target associates of Rogelio Chavez throughout Santa Clara County,” Glennon said in a press release. “One such raid occurred on Inman Way in the City of San Jose. Investigators are currently processing information from that scene and will be interviewing witnesses throughout the day.” 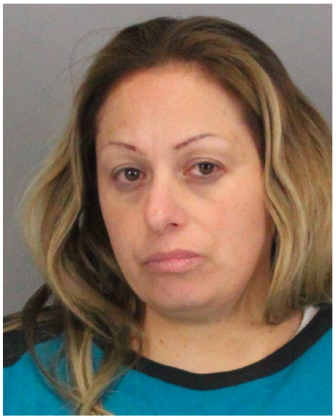 Chavez and Campbell, along with two other unnamed inmates, allegedly cut through the steel bars of a second-story window Nov. 23 at San Jose’s Main Jail and rappelled down a makeshift rope made of knotted bed sheets, authorities said. Correctional Deputies found out about the jailbreak just after 11 that night and caught two of the four escapees. But Chavez and Campbell managed to get away.

The Sheriff’s Office teamed up with police from San Jose and Sunnyvale and dispatched a helicopter and several K-9s to track the fugitives. Numerous tipsters said they saw one of the inmates at Days Inn near Highway 101 in Gilroy as recently as Sunday night, according to NBC Bay Area. He was gone by the time police got there, but they took several people from the hotel into custody for questioning.

The escapees had been housed in a second-story cell with about 20 other inmates in a maximum-security unit of the 1950s-era jail. 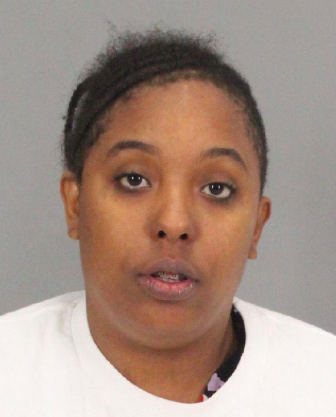 Authorities described Chavez as a 6-foot-1 Latino who weighs about 190 pounds and has a distinctive tattoo—an elongated harlequin-style diamond marking—over his left eye. Campbell is described as a 6-foot-4 black man who weighs 220 pounds.

Sheriff Smith offered a $20,000 reward for information leading to their capture and threatened to prosecute anyone who helps or harbors the fugitives.

“Since Sheriff Laurie Smith announced the $20K reward for information leading to the capture of Rogelio Chavez and Laron Campbell, tips have been steady for investigators,” Glennon said.

Toward the end of October of 2015, the jail made national headlines for turning away a murder suspect who was trying to turn himself in. Hugo Castro went into the lobby of the Main Jail to tell sheriff’s deputies where to find his girlfriend’s body, but they told him to go to the San Jose Police Department instead.

That same month, a felony suspect slipped away from a bail bondsman and led police on an hours-long manhunt. David Nghounoi, who was handcuffed at the time, ran out of the the jail lobby and onto Hedding Street in broad daylight.

Eight months prior, in March of 2015, another inmates escaped custody while being transported to an appointment at Valley Medical Center. Johnell Carter, a suspected child molester who faced life in prison, disappeared for a month before the U.S. Marshals Service hauled him back from Mississippi.

On Aug. 27, 2015, a mentally ill inmate named Michael Tyree was found beaten to death on the floor of his cell. Within a week, three jail guards—Matthew Farris, Jereh Lubrin and Rafael Rodriquez—were charged with murder in connection to Tyree’s death.

In the months that followed, numerous agencies and commissions scrutinized the county’s two jails and issued a long list of reform proposals. Inmates and their families filed hundreds of complaints about jail conditions, many of which are still under review.

By this time last year, the FBI had been called in to investigate new and old excessive force complaints. Meanwhile, the head of the union that represents jail deputies was removed from his post after a separate investigation exposed that a number of officers had been exchanging racist text messages.

More recently, hundreds of inmates went on a days-long hunger strike to protest solitary confinement and other conditions at the Main Jail.