It’s called the “Match.com for medicine.”

A few years ago, Santa Clara County implemented the service by opening the state’s first-ever brick-and-mortar pharmacy dedicated to dispensing unused medication—free of charge. It should be noted, however, that it though it dispenses medication to patients, it does not take medication directly from patients.

Since 2015, the center has helped thousands of people obtain medicine they would otherwise be unable to afford.

Here are the latest stats about the center, which is called Better Health Pharmacy and located at 725 E. Santa Clara St., in San Jose.

The amount of money that Better Health Pharmacy has saved people in prescription costs since the facility launched a few summers ago.

The number of no-cost prescriptions that the public pharmacy has doled out since opening its doors in August 2015, preventing unused meds from ending up in the waste stream.

The factor by which patients with a co-pay of $50 are likely to abandon a prescription than their counterparts with a $10 co-pay, according to a study by CVS Pharmacy and Harvard University.

Patients who suffer from heart disease and cut back on medication are 50 percent more likely to have a stroke or heart attack, according to the Mayo Clinic. When medicine is given to patients who otherwise couldn’t afford them, however, hospitalization rates drop by as much as 42 percent.

The value of prescription drugs tossed each year in California, which experiences significant environmental impact from the waste. Medical waste incinerators are the leading source of the toxic pollutant dioxin, while a third of water samples test positive for hormones commonly found in pharmaceuticals. 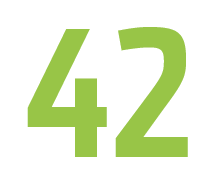 The number of hours the county’s Better Health Pharmacy serves patients each week, which has tripled since the facility opened its doors in 2015.