A panic erupted on the West Coast this week. Over a drink.

It happened when beverage aficionados learned that tapioca, the starch used to make the sweet, round, chewy black bubbles—or pearls—that are the featured topping in the popular boba tea drink, was in short supply.

“I was shocked,” said Leanne Yuen, a longtime boba drinker and student at the University of California, Irvine. “What am I going to do now?”

The impending boba shortage is yet another sign of how the pandemic has snarled global supply chains, upended industries and created scarcities of goods from toilet paper and ketchup to electronics. In this case, a surge of pent-up demand for products assembled abroad, coupled with a shortage of workers due to coronavirus cases or quarantine protocols, has caused a monthslong maritime pileup at ports in Los Angeles and San Francisco and left ships delivering goods from Asia—including tapioca—waiting out at sea.

Boba or bubble tea, a drink that can be made with milk or fruit-flavored green or black tea, originated in Taiwan and has grown in popularity and prominence in the United States throughout the 2000s. Boba suppliers in the San Francisco Bay Area who are running low on tapioca said their shipments of fully formed boba come from Taiwan, while supplies of cassava root, which is used to make tapioca, come from Thailand and islands in the Pacific Ocean.

“It’s all being held up at the docks,” said Arianna Hansen, a sales representative for Fanale Drinks, which is based in Hayward, California, and supplies boba to thousands of stores around the country. Hansen said shipments had been backed up for several months, and the company’s stockpile of tapioca is running dangerously low.

“It’s definitely been frustrating; some people have been upset with us, but at the same time it’s not really our fault,” Hansen said. 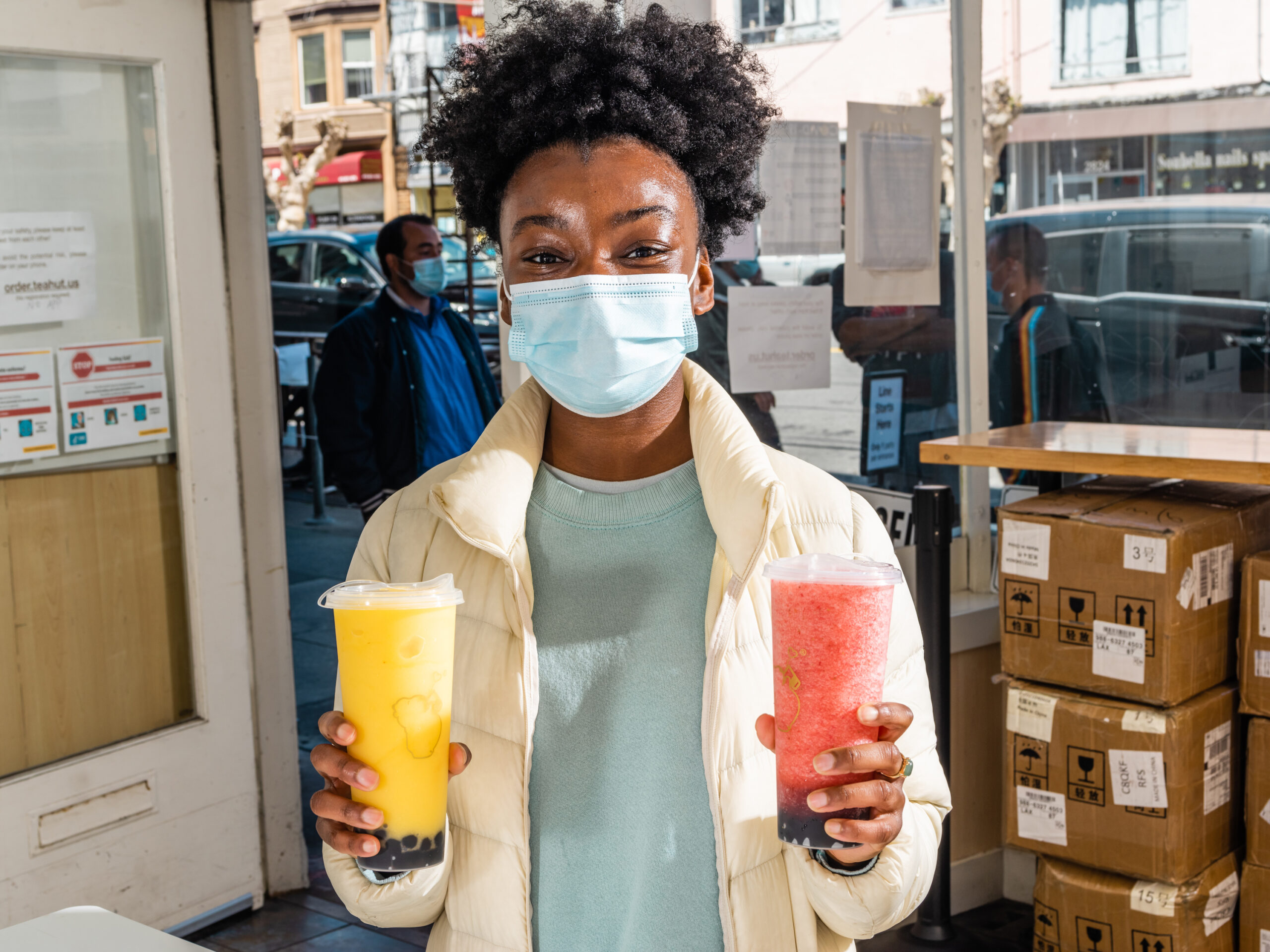 There’s no sign that the ship delays will abate anytime soon. The number of container ships waiting at anchor to dock in Los Angeles or Long Beach, California, peaked at 40 in February, according to data from the Marine Exchange of Southern California. That declined to 19 ships Thursday, still a far cry from the usual zero to one ship that was the norm pre-pandemic, said Kip Louttit, the exchange’s executive director.

Massive cargo ships can take up to a week or longer to unload, Louttit said. Five additional ships are drifting out at sea, because there is no room to fit them in the bay. He said it was a nearly unprecedented backup; vessels have not had to drift while waiting since 2004.

The situation is similarly cramped in San Francisco, where 20 ships are waiting at anchor and 19 more are “cruising around” offshore, compared with the usual eight or nine at anchor, said Capt. Lynn Korwatch, executive director of the area’s marine exchange.

“The situation is extremely unusual,” she said.

Leadway International Inc., another large boba supplier in Hayward, also said that its stock of tapioca was low because shipments were coming in slower than usual. The company’s business development director, Edward Shen, said he did not want to call it a “shortage” over fears that might spook boba shops into hoarding tapioca and make matters worse.

“Store owners get panicked, so they probably order more than what they need,” Shen said.

Hansen said she expected supply to return to close to normal levels by the summer.

In the meantime, anxious boba store owners are scrounging for tapioca anywhere they can.

“It’s very stressful—no boba means no sales,” said Aaron Qian, owner of Tea Hut, a boba store with three locations in the Bay Area. “If you don’t have boba, they don’t want the tea. They just leave.”

Qian, 32, said two of his suppliers were already sold out, and the other two had been rationing the amount of tapioca he could buy each week. If he does not find more boba soon, Qian said, his stores will be out within two weeks.

Despite the pandemic, Qian said, business had been booming, because with other entertainment venues closed, drinking boba was one of the few avenues for “cheap fun.” Now, he might have to temporarily close and lay off employees.

Brian Tran, co-owner of Honeybear Boba in San Francisco, said he had also been searching desperately for more tapioca. He expects to run out by the end of next week if he cannot replenish his supply.

“A boba shop without boba is like a car dealership without cars to sell,” Tran said. “It’s like a steakhouse without steak.” 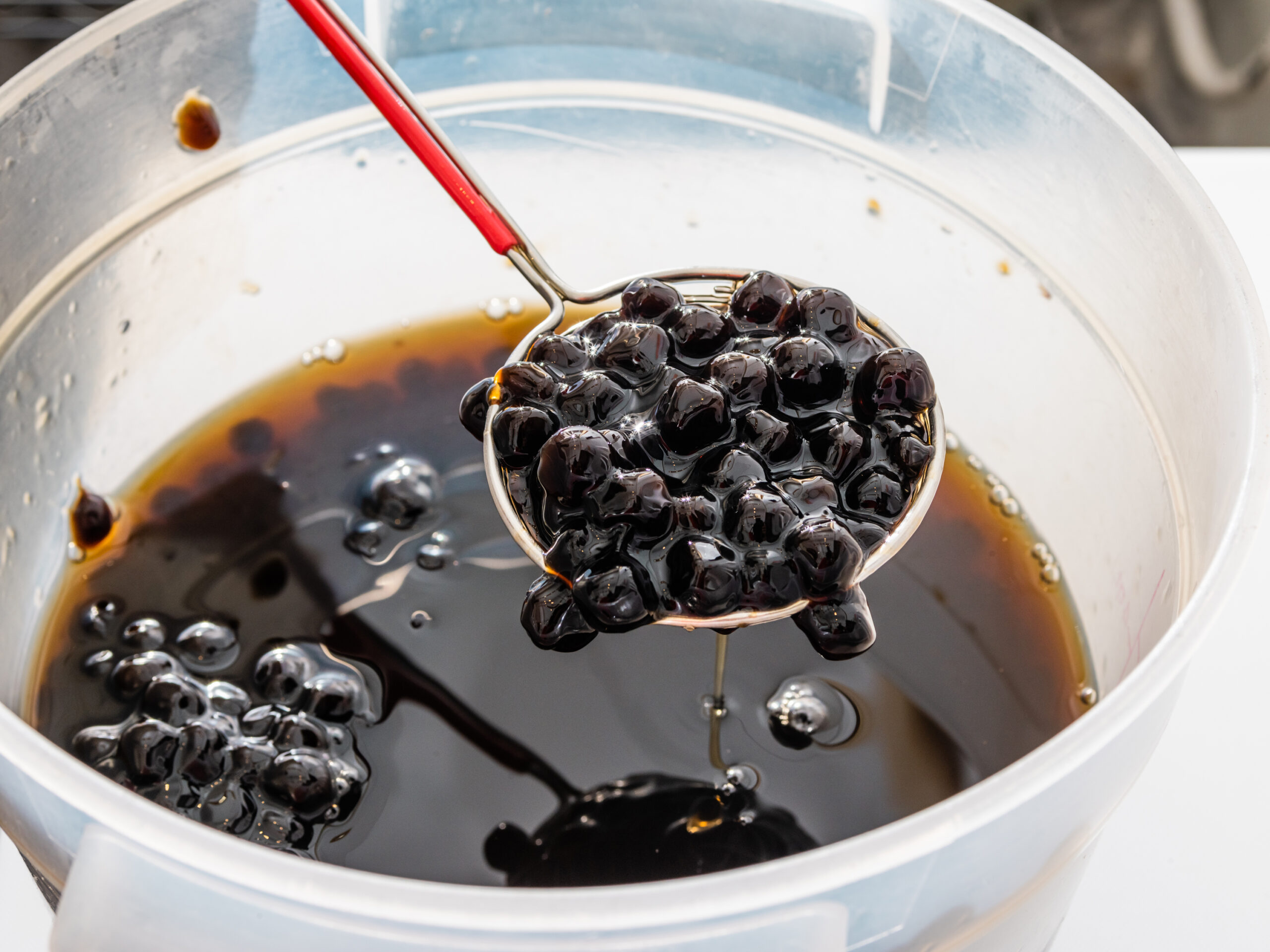 Boba Guys, one of the most successful boba chains in the country, said in an Instagram post this month that some boba shops had already run out of tapioca balls, and others would follow in the next few weeks. The owners of Boba Guys also operate the U.S. Boba Co., which produces and sells tapioca pearls to other stores around the country.

The boba shortage, which was reported earlier by The San Francisco Chronicle, has boba fans in a panic. A post sharing the news in the Facebook group Subtle Asian Traits, a gathering place for Asian people around the world, attracted 10,000 comments and messages of dismay and sadness.

Boba is “something that translates across a lot of Asian cultures,” said Zoe Imansjah, a student at the University of California, Santa Barbara, and an administrator of the Subtle Asian Traits group. “Something so simple can bring a lot of people together.”

Yuen, 21, gets boba once or twice a week and sells boba stickers online. She said she grew up visiting a boba shop near her house in South San Francisco with her parents, and now considers getting boba a great way to socialize with friends.

“A lot of my Asian American friends will bond over boba,” said Yuen, whose family is from Hong Kong. “Hong Kong has a lot of good milk tea. It brings us back to our roots, in a sense.”

Boba isn’t just a California treat, however, and news of a shortage reverberated around the United States.

Khoa Vu, a 28-year-old Ph.D. student at the University of Minnesota, said he drinks boba two or three times a week—peach oolong tea with boba is his go-to order. He was dreading having to break the news of the shortage to his 4-year-old daughter.

All hope is not lost for boba fanatics. Smaller boba suppliers like iBEV, which sells to about 100 stores, might be able to weather the shortage. Carley Olund, an office manager at iBEV, said the company had prepared for shipping delays and had enough tapioca stockpiled to get through it.

And Sharetea, a boba chain with dozens of stores across 20 states, said it was not experiencing a shortage.

For boba drinkers who are affected by shortages, this may be a chance to try different toppings in their tea, like cheese foam, fruit jellies or egg pudding.

“Maybe I’ll try to take a break from the tapioca to relieve that pressure,” Yuen said.