Thomas Bigbee’s picture haunts us all.

On April 5, the Mercury News reprinted an article with a booking photo of a 62-year-old Santa Cruz man with big eyes that seem to glisten like an imp. Driving under the influence, disorderly conduct, public drunkenness, petty theft and forgery are some of the many crimes for which Mr. Bigbee has been arrested all told more than 100 times.

What to do with the chronically mentally ill and alcoholic man? It’s not a new problem, but it’s one that desperately needs new solutions. 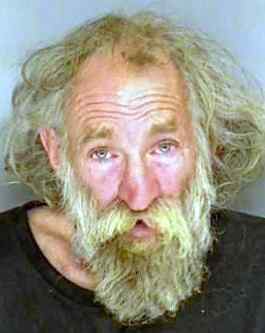 In the year 1900, for example, Agnews State Hospital and others like it housed 3,000 mentally ill, alcoholics, and drug addicts. In the Santa Clara Valley, the state bought 323 acres of land in 1855 from Abram Agnew, and on October 30, 1888, the California Hospital for the Chronic Insane opened seven miles north of what was then San Jose. Seventy-five patients were transferred from the Napa State Hospital which had been overcrowded. In 1897, the name of the hospital changed to Agnews State Hospital.

Agnews’ beautiful buildings were designed by Jacob Lenzen and his son, Theodore, the architect who designed the San Jose City Hall, the University of the Pacific and other important structures in the valley. Grazing fields for dairy cattle, vegetable gardens, and fruit tree orchards made for an inviting landscape. Shade and ornamental trees added to the beautiful grounds. Treatment was similar to other parts of the country. Morphine, tonics, and stimulants were used, and restraints such as straitjackets were employed at times. By 1906, some 1,070 patients lived at Agnews.

The 1906 earthquake destroyed the hospital, and 117 staff and patients lost their lives. Most of the surviving 956 patients would see completion of the new hospital building in 1911. Agnews was designed in the Mediterranean Revival style popular at the time with tile roofs, decorative tile, rustic wooden balconies, porch columns and banisters. It resembled a college campus with a blanket of grass covering acres of grounds.

Dr. Leonard Stocking, hospital superintendent and medical director, employed progressive techniques including parades, camping excursions, and plays with patients as the actors. He sought to create a “cheerful” place, with treatment plans tailored to the individual needs of the patients. Community and family guests were invited to join the patients in social programs with music and dancing.

In 1966, people with developmental disabilities were accepted into the program. But in 1967, the Lanterman-Petris- Short Act, signed by Gov. Ronald Reagan, returned the mentally ill to the community or other facilities.

Although the closing of Agnews has indeed returned the mentally to the community, it has not been in the way policymakers envisioned. The mentally ill and chemically addicted make up a majority of the chronically homeless. People who sleep on the sides of freeways or on the banks of the creeks often lack hygiene, clothing and food. Many, due to their mental illness, contribute to the pollution of our streams and waterways. Most live in squalor.

In 2017, the San Diego Union-Tribune reported infectious disease (hepatitis) among homeless people was creating a societal health risk. Reporter Lauryn Schroeder wrote, “The spread of the liver infection (hepatitis A) has been attributed to a lack of access to basic sanitation for San Diego’s growing homeless population, which was the fourth largest in the country in 2016.”

Daniel Wheaton, another Union-Tribune reporter, clarified who was being infected.

“The San Diego County health department reports that the majority of those sickened are either homeless or illicit drug users,” he wrote. “Still, 35 percent of infections aren’t part of those populations.”

In 2015, Santa Clara County spent an average of $500 million a year on costs related to homelessness (Roundtable Report, Santa Clara County, 2015). The 2016 Measure A, a $1 billion bond measure, was supposed to solve the homeless problem by providing permanent housing. In 2018, more than 7,000 people remain unhoused in Santa Clara County—one of the largest unsheltered populations in the U.S.

People younger than 40 may not believe it, but there were days before homelessness was a problem in our state and country. Agnews State Hospital, and others like them, closed its doors in 1972 to all but the developmentally disabled, who continued to be housed at a smaller Agnews until it was closed in 2009.

Dr. Stocking’s innovation in therapies for his patients, such as music and dancing, were intuitive and inventive. Since 1970, the field of recreational therapy has established itself with colleges offering bachelors of science degrees and master’s degrees in recreational therapy. Music therapy, art therapy and other therapies have seen growth in numbers and quality. Rather than straitjackets, new strategies are used for people who are at risk to do danger to themselves or others.

With the latest in methods in care for the mentally ill and addicts, with minimal use of restraints and drugs, would a modern state hospital be a means to address the root problem of homelessness?

Isn’t the true insanity that reasonable minds can devise no better means of resolving homelessness than spending billions of dollars while the problem only grows worse?

Paul Boehm is a writer, teacher, clean creeks advocate and a volunteer at local faith-based homeless shelters. The opinions expressed in this article are the author’s own and do not necessarily reflect those of San Jose Inside. Interested in writing an op-ed? Email pitches to [email protected].